How to Make Bias Tape

Ready-made bias tape can be purchased in stores, but it is easy to make your own. By making your bias tape, you have more control over the weight, color, print, and overall quality. Watch this video to learn one method for creating custom single and double fold bias tape.

Bias tape is a great way to finish garment projects. Just like its name states, bias tape is cut on the bias, giving it some stretch and allowing it to bend and ease around curves nicely.

The main difference between single fold and double fold is visibility. Single fold tape is only visible on one side, whereas double fold typically encases the raw edge on both sides.

To make your own bias tape, you will need a cut of fabric that is roughly 18” x 18”, rotary cutter, a quilting ruler, bias tape makers, and an iron.

Step 2: Cut strips using your calculated width. Here’s a tip: make as much bias tape as your square of fabric will allow. Then you’ll have bias tape on hand whenever you need it! Otherwise just cut lengths that will total a little more than the length of what you’re finishing.

Step 3: Sew bias strips together. Lay one strip right side up on your work surface. Then right sides together lay another strip on top, like this. Use a seam gauge to help you visualize your stitch line. Pin and stitch. Here’s a tip: Don’t backstitch. This will help keep your bias tape flat and avoid getting it pushed into your machine’s faceplate. Continue stitching until you have your desired length.

Step 4: Press open seam allowances and trim off the triangles.

Step 5: With the wrong side of your bias tape facing up, feed one end into a bias tape maker. The bias tape maker will fold the raw edges inward and then you’ll press it in place with your iron. Continue down the whole length. If you need double fold bias tape, you’ll just press this in half.

Now you can make your own bias tape! Which kind of bias tape do you prefer? Single or double fold? Let us know in the comments bellow! Happy sewing! 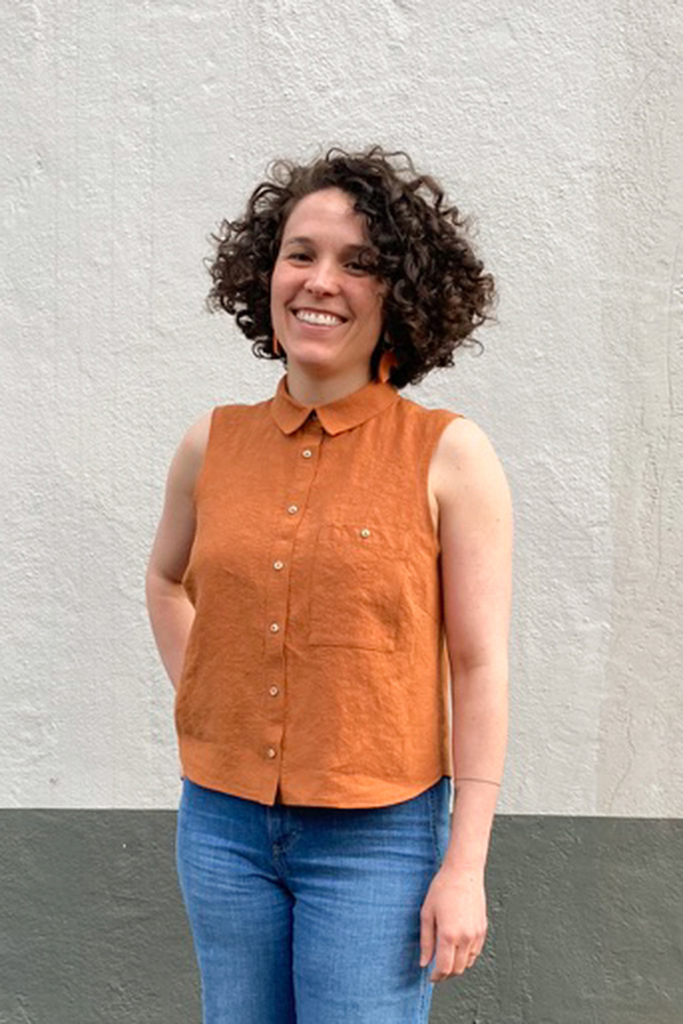 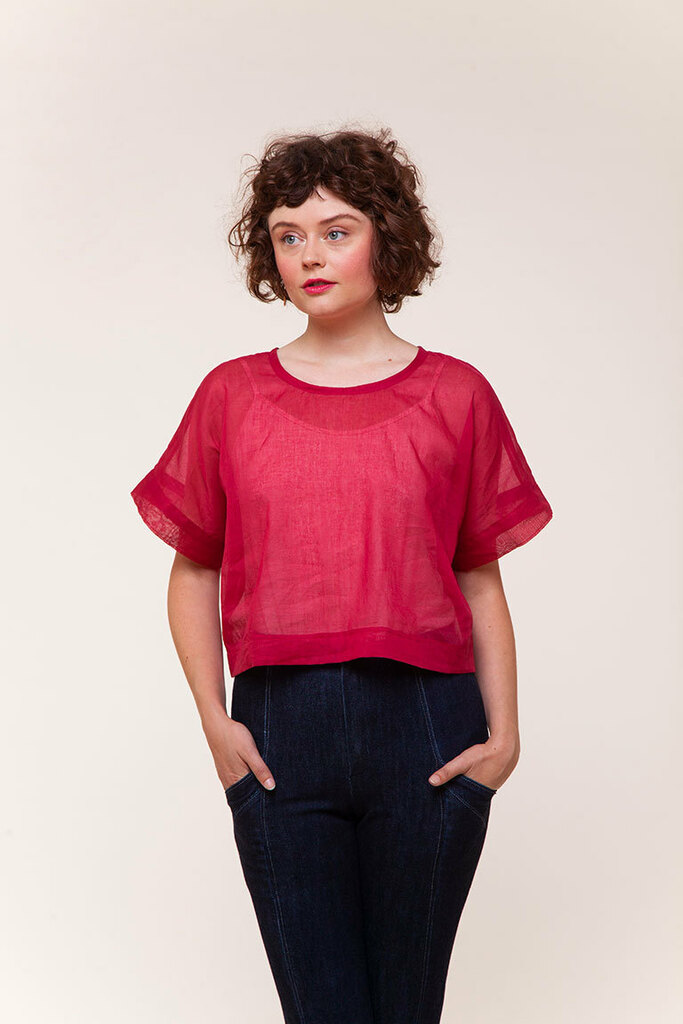 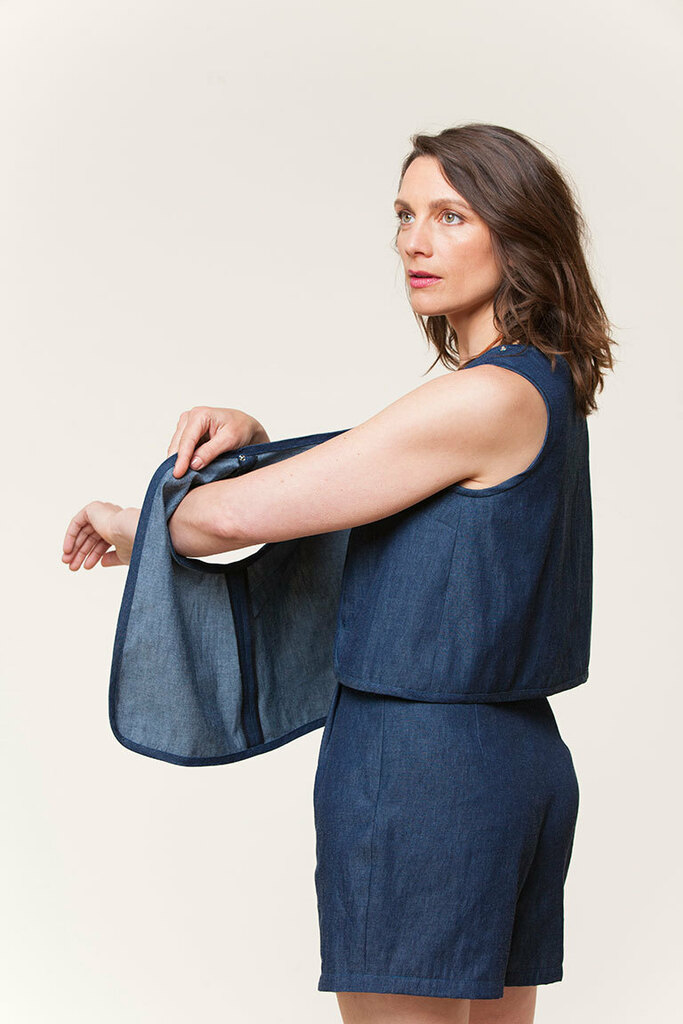