We believe in spreading creativity, by Sarai Mitnick. 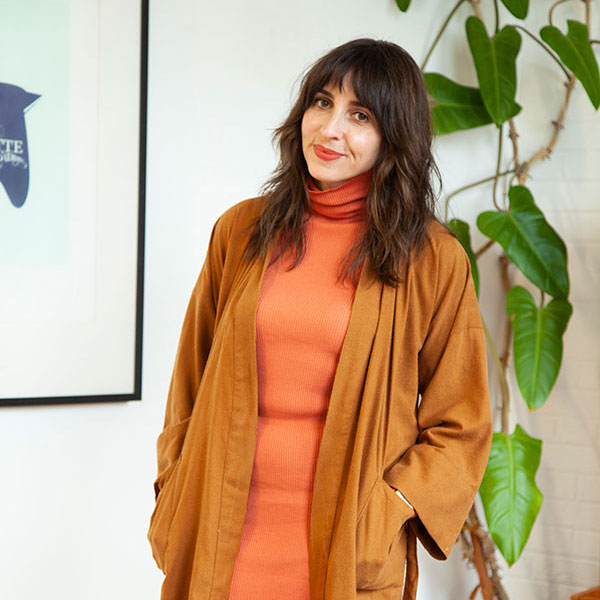 Must-have sewing notion: Tailor’s ham. It’s so satisfying to get a good press!

Favorite piece of advice: Not advice per se, but a favorite quote: “To travel hopefully is better than to arrive.” - Robert Louis Stevenson

Five years ago, we began Seamwork with a couple of patterns and our first December issue.

Looking back, I guess you could say it was a risky move. We’d spent a lot of time putting it all together, from the first patterns to a decent website to all the articles and tutorials. And we had plans for a lot more.

What we didn’t have was a lot of security. Our resources were thin, and this venture committed us to producing new stuff every single month. We’d just moved into a much larger space, signing a five-year lease. And we’d just hired Meg, our second employee. We’d made a lot of commitments on the basis of an unproven idea.

But something told me this would work out. 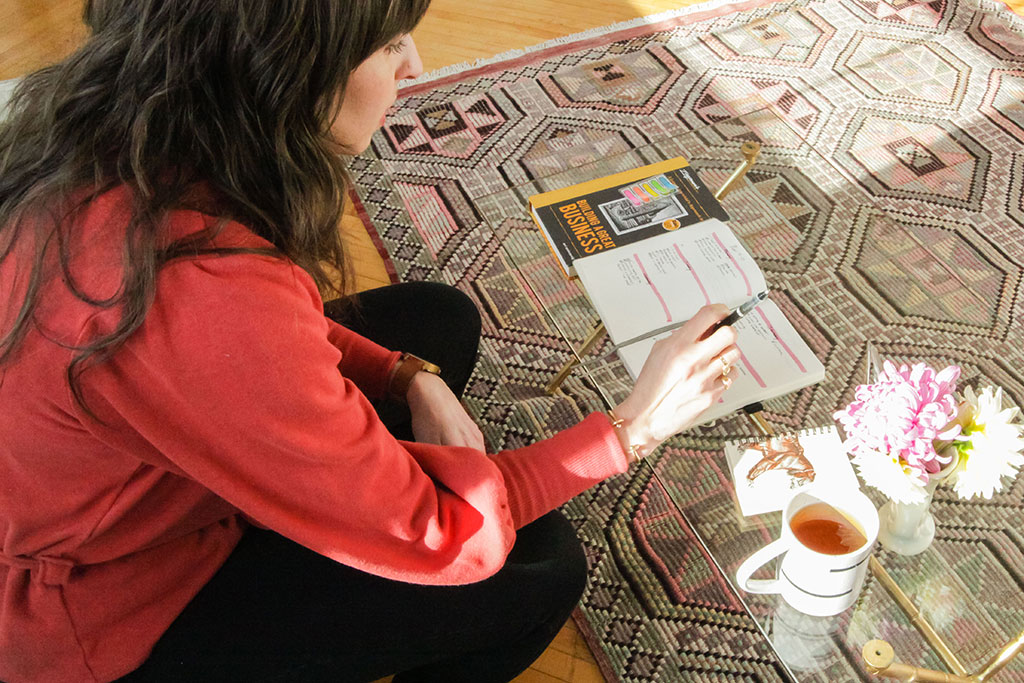 Part of it is undoubtedly a relentless optimism about the future that remains both a great strength and, at times, a crippling weakness for me. Luckily, this wasn’t one of those times (and yes, luck definitely played its part).

But the greater part of our ability to flourish, I think, is a belief in a bigger purpose. It is a belief in the inherent need for all of us to find creativity in our lives, and the need for a creative community to support us in that. That’s the role we want Seamwork to play.

Five years ago, I couldn’t have quite articulated that bigger purpose. Over the years, I’ve found that we often act from a certain purpose or set of values day in and day out, but that it can take years to finally put it into the right words. The ideas were there all along, but they weren’t codified. We didn’t have a shared language around them quite yet.

It takes time to fully understand why you do what you do. It also takes the contributions of the thousands of people who have now been a part of Seamwork, from those on our team to the people in our community to the other small businesses and shops we’ve worked with.


It is a belief in the inherent need for all of us to find creativity in our lives, and the need for a creative community to support us in that. That’s the role we want Seamwork to play. 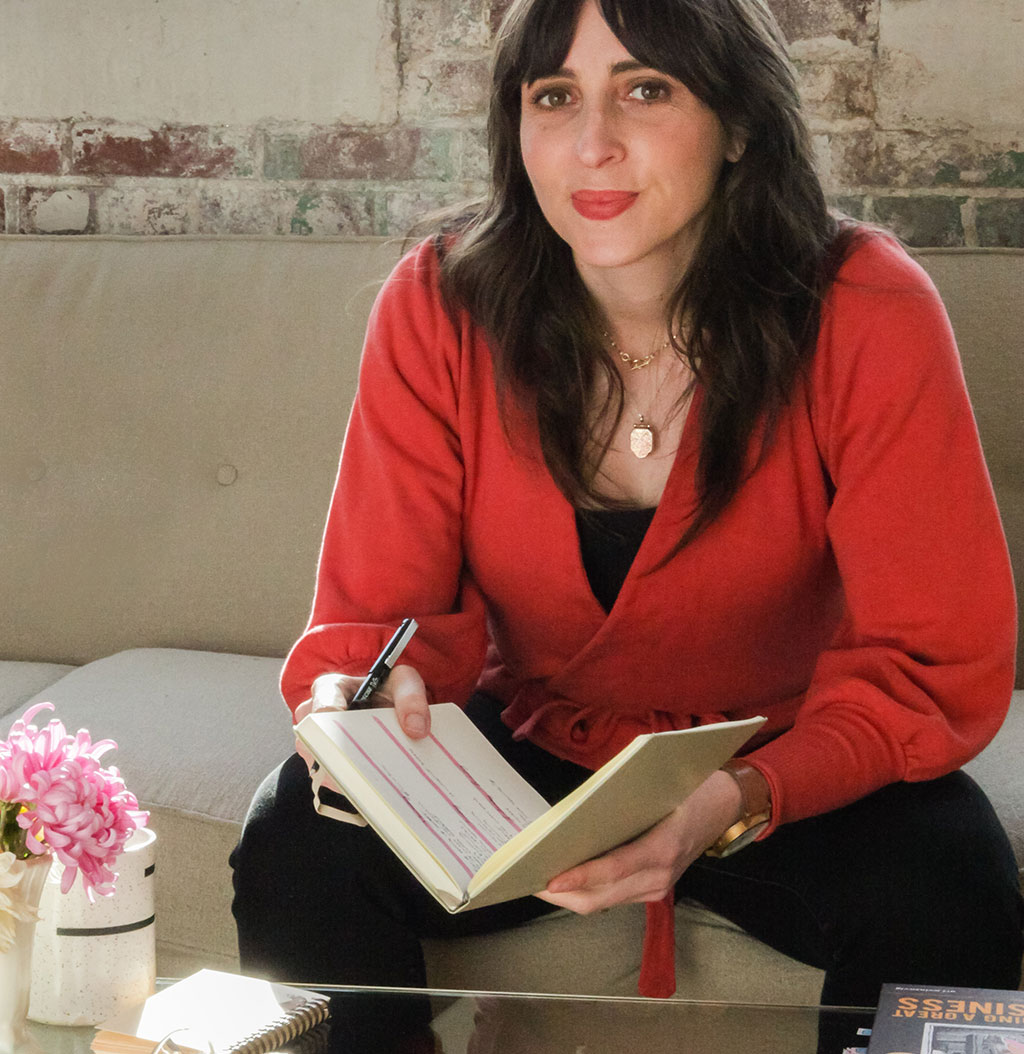 Over time, this purpose has grown more clear and vibrant. With each passing year, we’ve learned what’s important and what isn’t. We’ve been inspired by the thousands of makes we’ve seen from our patterns, each representing hours of someone’s time dedicated to feeding their own creative urge. We’ve felt the energy of people cheering each other on, sharing their progress, and addressing obstacles. We’ve seen the power that creativity has, and we’ve felt it in our own lives.

Today, I want to share that purpose with you. This is what we believe and why we do what we do. It is the purpose that will guide us for the next five years and, with a little more luck and optimism, far beyond. 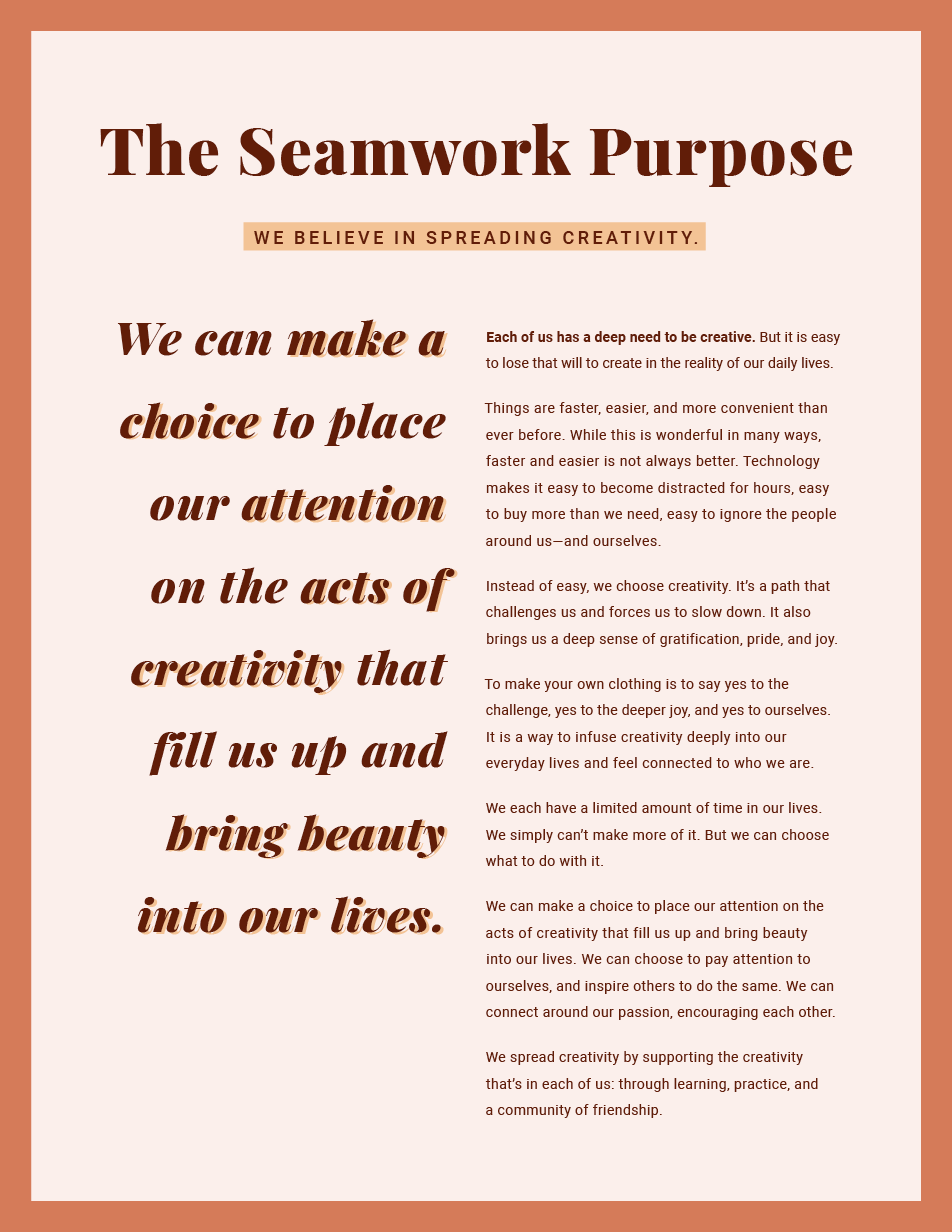 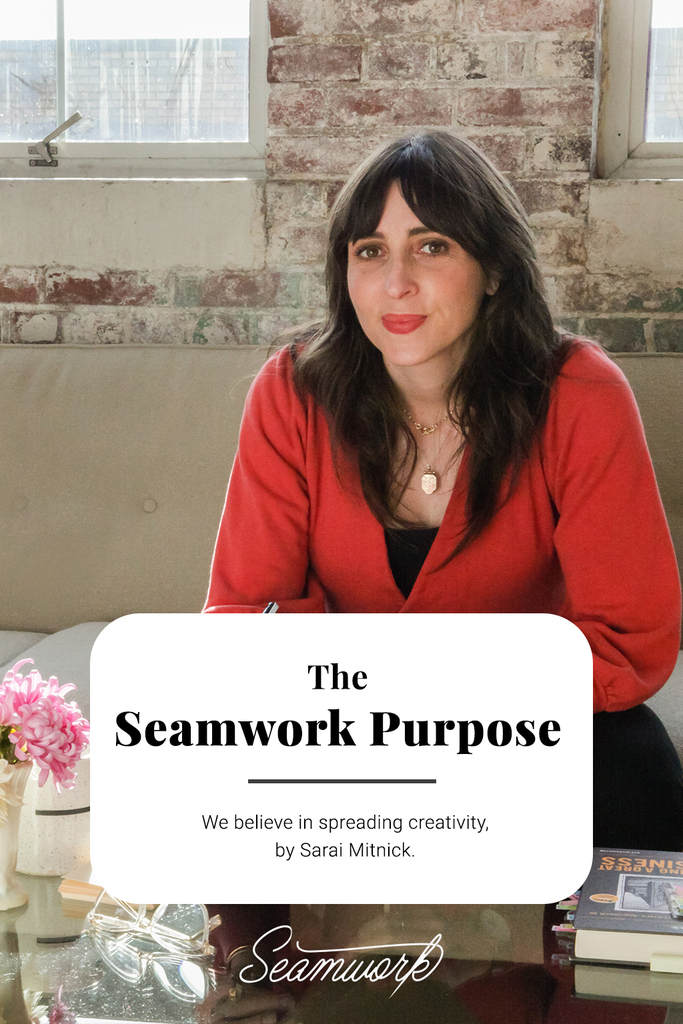