At one time or another, most of us have found ourselves in a changing room, tugging at ill-fitting jeans or frowning at a snug top. We blame ourselves, our shape, and our genetics. But these accusations may be mislaid. After all, very few of us are a perfect fit for ready-to-wear sizing, and even if we find one brand that works for us, that rarely translates to other brands or stores.

At least sewing patterns allow us to customize sizing to create a perfect fit. But where did our sizing system even come from, and whose proportions are they based on?

Before mass production clothing there was made-to-measure, where garments were tailored to specifically fit each customer. There were still workrooms and production lines, but each garment was made to order. Women’s clothing, in particular, always required a precise fit and plenty of detail.

Ready-to-wear clothing first began with military uniforms for men in the 1800s, eventually expanding into the domestic market. The suit designs were simple enough, and a size range could be created around chest measurements. This generally worked well, and the separates allowed for versatility in the different proportions. Nor did the styles change a lot. But after World War I, things began to shift. Money was tight and women wanted access to affordable, on trend fashion, regardless of their class.

Manufacturers were keen to adapt to this changing market, but sizing was a major problem. The same chest measurement system that worked for men didn’t translate for women. There wasn’t a standard ratio between the bust, waist, and hip measurements. While two women could be the same size at the bust, one might be an hourglass shape while another was an apple, not that those specific terms were yet in use. New, ill-fitting clothing was being returned to retailers in such large numbers that manufacturing was fast becoming uneconomical. Seamstresses could make alterations, but the cost would then exceed that of a custom-made garment. Something had to be done to improve the fit and help the struggling industry.

In 1939, the US Department of Agriculture (USDA) launched a yearlong study titled Women’s Measurements for Garment and Pattern Construction. Working with the Bureau of Home Economics under a federal project grant, they studied the weight and 58 body measurements of 14,698 women across seven states in the US. They even went so far as to measure elbow girth and ankle height; they were thorough, to say the least.

Unfortunately, the data pool was skewed. For example, criteria stipulated that the women had to be white. While some non-whites did have their data collected, those measurements were eventually excluded from the final statistics.

Once the final data was collated, statisticians analyzed the results and decided that just five measurements were enough to determine the size and shape of a woman: weight, height, bust girth, waist girth, and hip girth.

Although the research team concluded that “weight is most closely related to the girth measurements,” weight was wisely dismissed as the basis for a sizing range. As the report notes:

Practical objections to the use of weight, however, may be raised. Retail stores and homes frequently do not have scales, and it is conceivable that women would object to telling their weights more than to giving, say, their bust measures.

Thus, we were spared having to state our weight when buying clothes.

Other recommendations also included adopting an arbitrary sizing term akin to shoe sizing, rather than a system based on actual numerical values. In addition, they suggested that mass manufacturers only produce every second clothing size. This meant they could make fewer sizes while still appealing to the masses.

The data was released in a dry, statistical report, and it wasn’t until the Mail Order Association of America asked the National Institute of Standards and Technology (formerly the National Bureau of Standards) to provide a standard sizing system that the data was used to create body size standards. These new standards didn’t just apply to women. The Bureau not only analyzed data from the USDA study, but also from military and children studies to create sizing standards for infants and children, youth, women, and men.

The study took three years, and by 1953 the findings were sent to clothing industries for comment. In 1958, the new voluntary sizing standards were accepted and were published as “Commercial Standard (CS) 215-58.”

The first set of sizing standards

The 1958 sizing standards were more varied than what you’ll see in stores today, but you may recognize the terms from the commercial sewing patterns that were printed at that time. There is the Misses range that catered to slender, fully formed women, with petite (short) or tall options. For women with more exaggerated curves, there was the Women’s range, with tall or half-size (shorter) options. These categories were based on proportions in relation to the waist, rather than the measurements themselves.

The team did very well, considering how hard it must have been to put thousands of unique shapes into two tidy boxes. Major retailers jumped on board and quickly began using this labeling system. They were excited to finally have a solid sizing base to work from.

However, the sizing system still wasn’t perfect. The measurements in the standards primarily catered to the hour glass figure, and perhaps in 1939 many women fit this mold. But a recent study by North Carolina State University indicates that only 8% of women today boast an hour glass shape.

In December 1970, the commercial standards were updated to “more accurately reflect the current population of women,” and the new standards became voluntary for manufacturers.

However, body shapes continued changing and retailers soon realized the benefit of vanity sizing. Customers could feel better about themselves if they bought a smaller size, and garments started being labelled with a smaller size tag. But they didn’t just drop one size. Over time they kept on dropping, until we ended up with the much maligned size 0.

In 1983, even the voluntary standards were withdrawn. In most cases, the Misses’ and Women’s labels were eliminated as well, leaving us with just size numbers. The sole exception appears to be a few pattern makers, who continue to use these labels.

“Our patterns size standard measurements have been the same since the mid-1960s” says Deborah Kreiling, Design Development Director for Simplicity Patterns. “In the mid-1980s the four big brands regrouped and felt that there was no need to reinvent pattern sizing. As long as we were still using the same standard body measurements to create the patterns, the sewing customer, at least, had something that remained true.”

This means that a sewing pattern from one of the “big four” manufacturers will have the same sizing today as it did 30 years ago.

Sizing and the Home Sewist 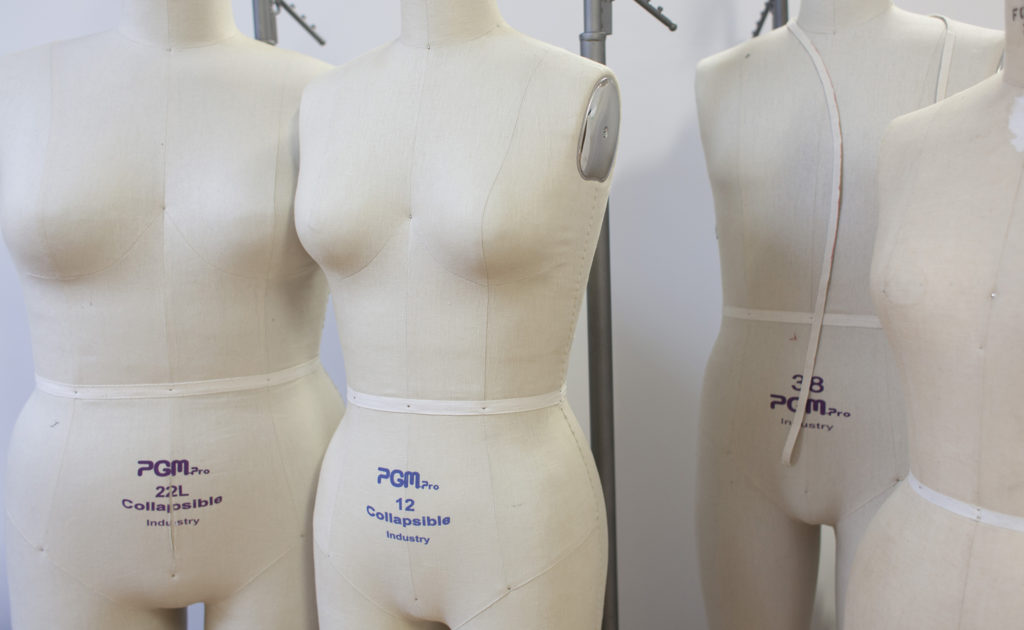 “Vanity sizing is a problem for the home sewer, especially if she is new to sewing,” says Kreiling. “Vanity sizing was devised by the fashion industry to make women feel better about buying clothing. The current ready-to-wear sizing has no relationship to patterns, and in reality there is no standard across the industry as a whole. The most important message to the home sewer is that body measurements must be used to determine the pattern size to sew.”

Sizing is only intended as a fitting guide and not as an indicator of ideal proportions. When sewing, it’s common for people to straddle two or even three different dress sizes.

Kreiling says, “These measurements are a starting point to determine the best size or sizes to use when sewing. The opportunity to choose different sizes in each of those areas is one of the best things about sewing your own clothing. This is especially true when using nested patterns, which make it easy to merge cutting lines and allow you to use the sizes you need, where you need them, for a perfect fit.”

Clothing sizes are still being refined, and further studies in body measurements are being conducted. Body scanners, both within the US and abroad, are being used to take accurate, up-to-date readings of our bodies. However, no commercial standard exists, and manufacturers are free to determine their own sizes.

In this race to appeal to the mass market, perhaps we have lost an appreciation for our own curves and for the benefits of a tailored fit. After all, two women with similar body measurements may still have very different body shapes, a nuance that made-to-measure and home sewists can account for, making our individuality an asset and not a liability.

Even more important is the need to reorient towards the goal of being a healthy version of ourselves. It is so easy to criticize our bodies in a changing room, just because we don’t sit at the peak of a statistical curve and therefore do not fit a mold. It is too easy, really, to equate our position within this statistical curve with acceptability–the acceptability of our body and our self-worth. But you are more than a statistic. You are an individual, after all.

Katrina is a freelance writer, sewing enthusiast, and coffee appreciator who blogs at Offsquare.com. 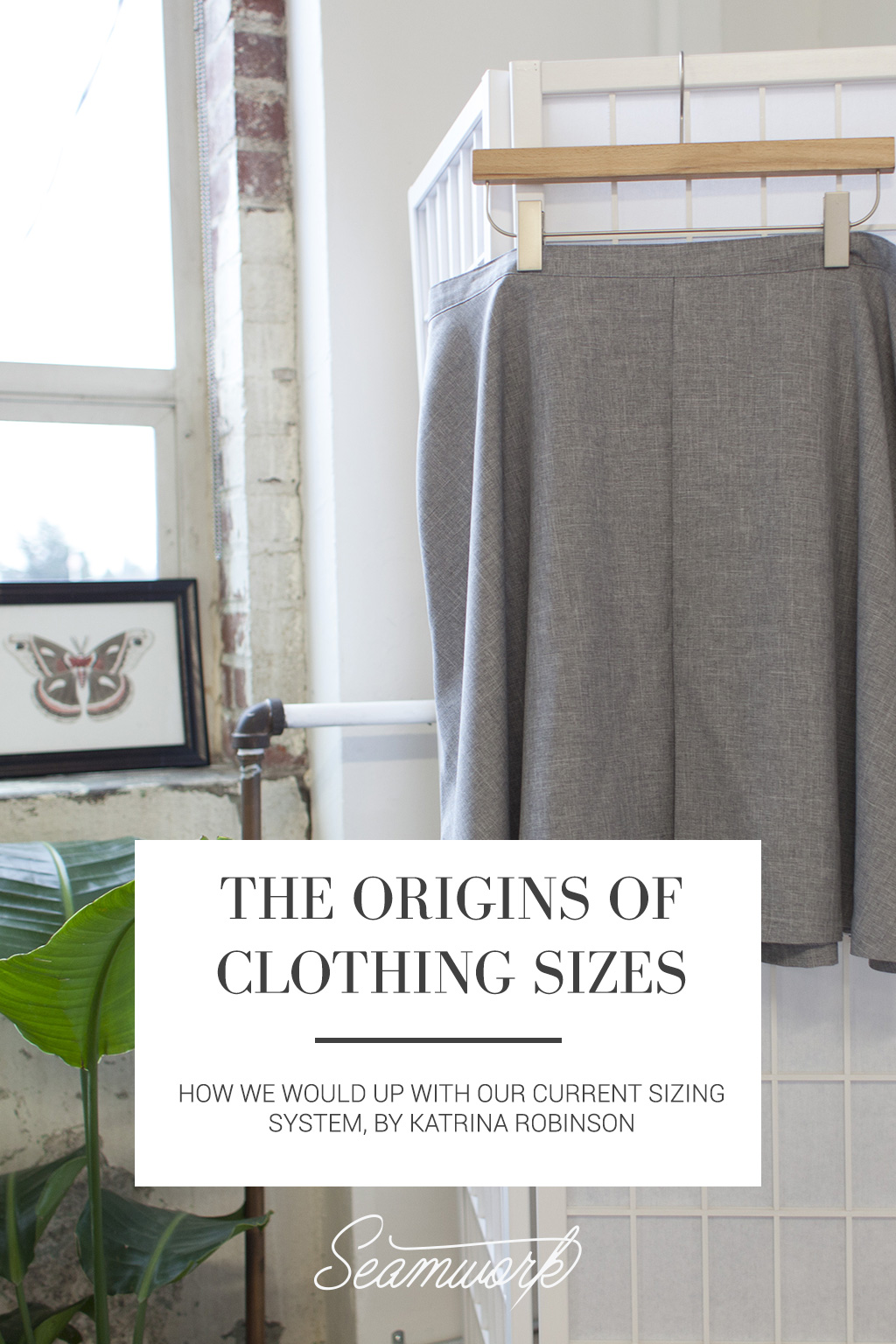