A Field Guide to the Common Sewer

Understanding the curious nature of the common sewists, <br> by Jenny Rushmore. 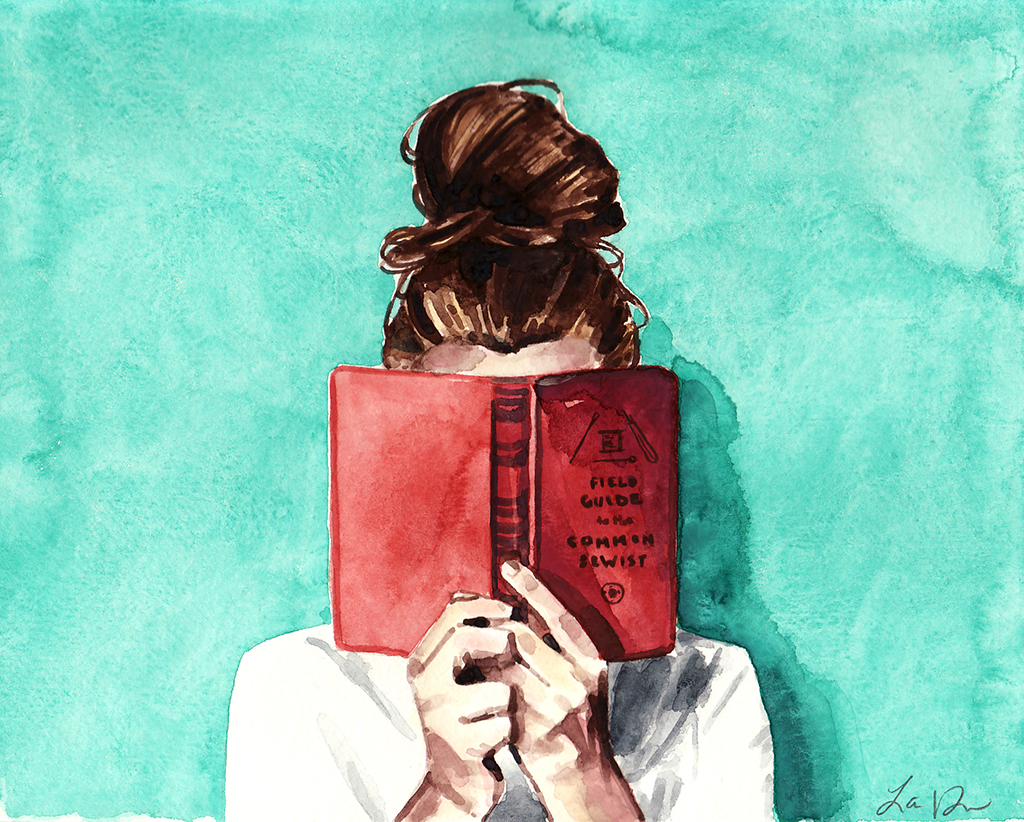 This is a practical guide to the fascinating world of the common sewer, for any spouse, friend, or concerned bystander wishing to understand the curious nature of this once rare but increasingly common beast. In ten quick minutes learn to identify, engage with, and corral any sewers you may encounter. The author takes no responsibility for any harm or death that may arise from misuse of this guide.

a) sew·er (ˈsō(ə)r/). Common term used to describe people, mostly, but not exclusively, women, who engage in sewing. Not to be confused with a drain. Known to engage in vigorous online forum debate about non-use of word “sewist” (see part b).

b) sew-ist (ˈsōist/). Radical new-wave, non-conformist thinker who outrageously rejects the proper term “sewer” in favor of a neologism. Approach with caution, behavior may be erratic.

At the present time, there are four known classifications of sewers, though expeditions continue to uncover previously unknown species in remote aisles of JoAnn’s.

i) The Attentive Quilter (AQ). The AQ can be identified by her strong attachment to fat quarters, walking feet, and careful right angles. Known as meticulous makers, the AQ can be subdued by the careful introduction of a color wheel and a Kona catalogue.

ii) The Trendy Fashionista (TF). Evolved from the “frustrated Sunday shopper” and the “Vogue collage maker,” the TF seeks to replicate ready-to-wear fashion using only two yards of Robert Kaufmann and the judicious application of bias tape. Do not be alarmed if you observe them wearing capacious culottes or cut-off dungarees: this is their “fashion.”

iii) The “Only At the Holidays” (OATH). Most often spotted in a panic in JoAnn’s at key points of the year, the OATH learned to sew at high school and now has a variety of knee-high children demanding to be Elsa, no, Anna, no, a purple pumpkin, tomorrow. Be careful on approaching, as the OATH is known to suddenly crack under the weight of novelty trim and glitter.

iv) The Oracle. The Oracle has been sewing for longer than they have technically been alive and is now the font of all sewing knowledge. Approach on bended knee and produce an offering for high-class sewing tips. Contradict at your own peril.

If on an expedition to identify an individual or thread of sewers, look out for the following markings:

The presence of a sewer habitat can be confirmed through the identification of at least two of the following states:

ii) In the surrounding environment

In the field, sewers can be spotted most commonly in the following environments:

Following and observing the daily rituals of the sewer is a worthy and fulfilling pastime. See if you can find examples of any of the following common behaviors:

6. Safety in the presence of sewers

While most sewers are entirely benign and well-meaning, sewer-spotters must be aware of their safety at all times, for unpredictable behavior while in possession of sharp and hot objects is not uncommon.

In particular, be alert to:

We hope you have found this guide useful. Be aware that the sewer species is in constant evolution, so please keep your guides updated and alert us to any new sightings. Be safe!


Jenny Rushmore is the founder of Cashmerette Patterns, the first modern sewing patterns designed for curves, in sizes 12–28 and cup sizes C–H. Originally from Scotland, Jenny now lives in Boston, Massachusetts, where she follows her passion of helping women find body positivity through sewing. 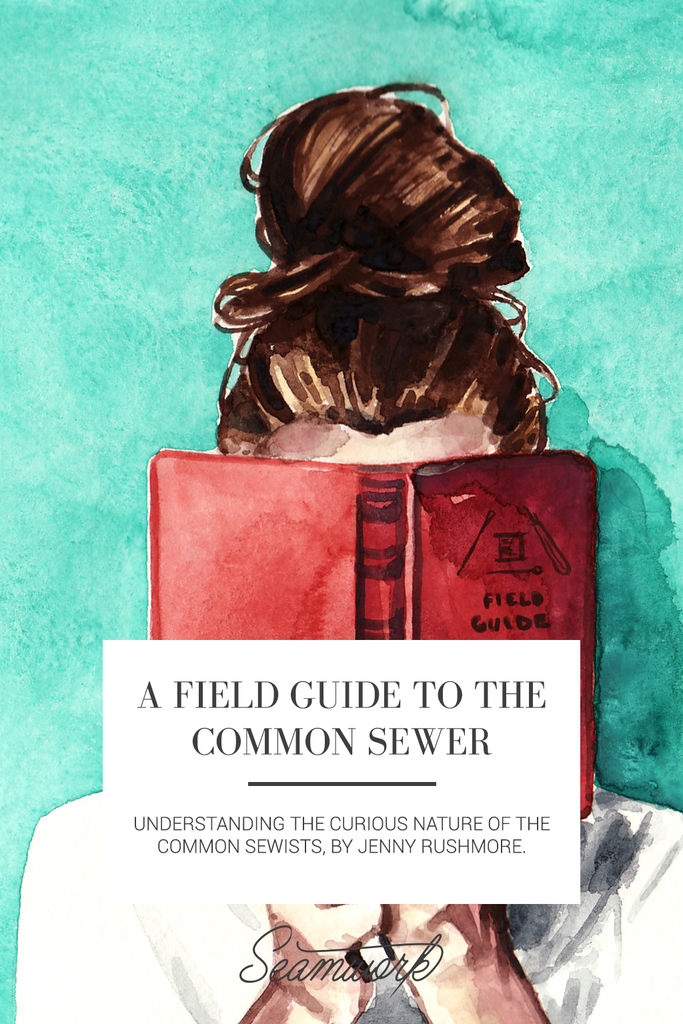