Using sewing as a tool to maintain focus, by Jeannette Bedard.

At the beginning of the year an unexpected gift arrived on my doorstep, a basic sewing machine that needed a home after my mother-in-law upgraded to a model with more embroidery options. Only a few months in, and I can't imagine not sewing; it has filled a void I didn't realize was there.

I'm working on my PhD in the sciences—a marathon of thinking that takes the average student five years to complete, and I'm on track to be average. Most days I can't see the forest for the trees, and some days I'd go so far as to argue I'm stuck down with the leaf-mulch and fungus and can't even see the trees. It's day-in and day-out drudgery, often without discernible progress, and sometimes I'm forced to abandon months of work. Albert Einstein described the process well when he said, “if we knew what it was we were doing, it wouldn't be called research would it?” I don't have a clear view of my destination, and instead I am wandering through my abstract and theoretical forest, trying to find the right sort of trees to build something, even though I don't know what my building will look like. I can physically lay my hands on this work. 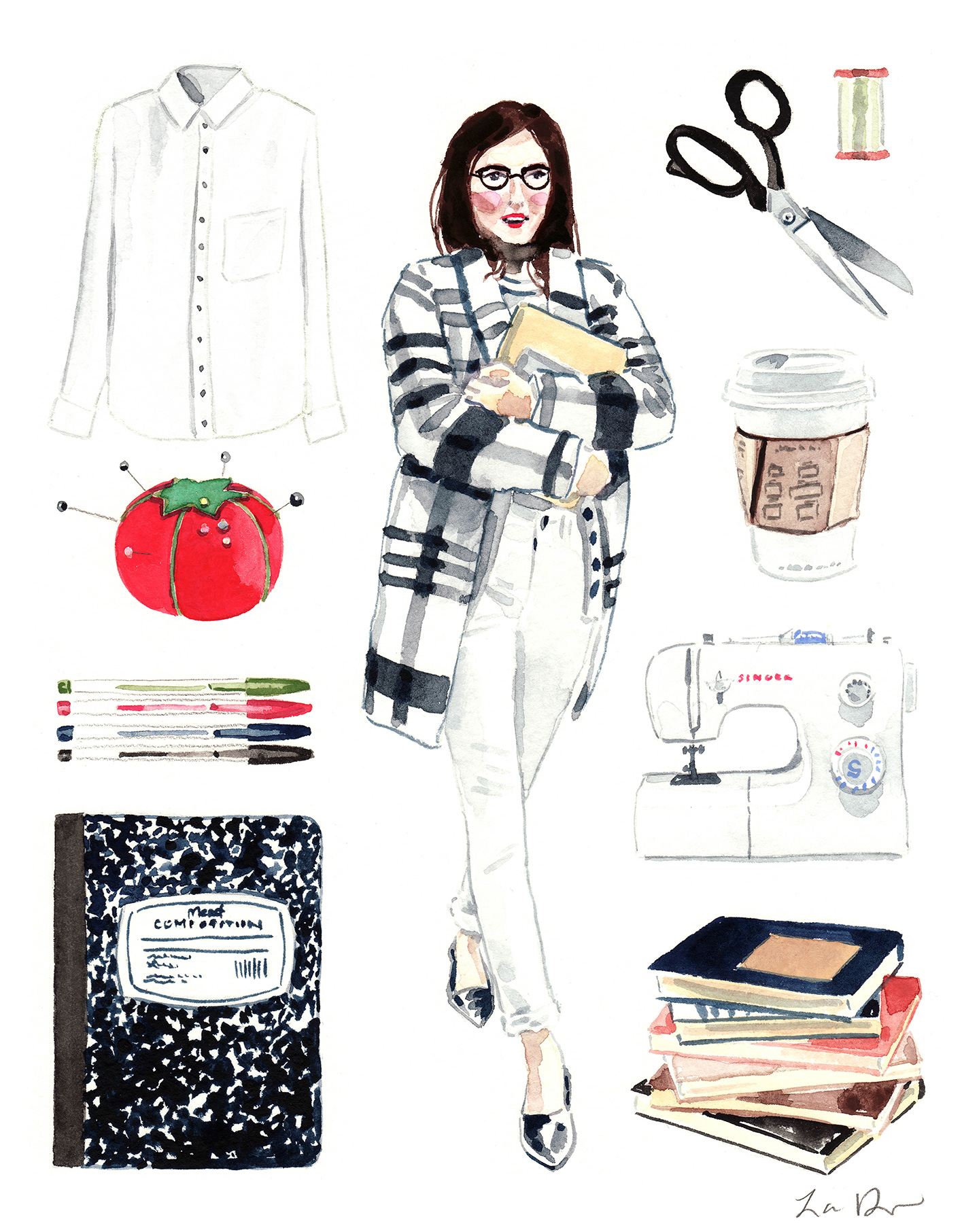 Shortly after the sewing machine arrived I decided to make a collared shirt because that is what I wear most often. I realize that collared shirts are probably not where most people start, but I needed some as I'd been alternating between two blue plaid, slightly unflattering shirts for years to avoid clothes shopping. Optimistically thinking I'd soon have new shirts, I rounded up supplies and started sewing. Eight ill-fitting versions made out of old bedsheets later I nearly tossed the sewing machine out the window. But along the way I've made an important discovery.

I find productively thinking for any length of time difficult. My mind eventually wanders, delving me into worries of the future, memories of things that didn't go well, and lists of all the trivial things I need to take care of. I am sucked down a rabbit hole of procrastination that from the outside probably looks like I'm being productive when really my brain has just started chewing on itself. I'm not the only one who ends up in this rabbit hole, and it is not a productive place to be. According to Maria Konnikova in Mastermind: How to Think like Sherlock Holmes, mind wandering is the enemy to engagement. An attentive mind is a present mind, but how to stay in the present?

Through trial and error, I've discovered that twenty-five minutes is my limit for creative thinking. I actually set a timer to break my workday up into manageable chunks. When the alarm goes off I take a ten-minute break. Before the sewing machine arrived, I'd squander my break on the triviality of organizing my sock drawer or surfing the internet. Now I sew on my breaks.

I find making a precise seam (a requirement for my collared shirts) requires a short burst of extreme focus. All the clatter in my mind slips away leaving just a line of forming straight (maybe) stitches. I assume this hand-eye coordination connection is using a different part of my brain. When I return to my science after a few focused moments away, solutions to problems suddenly seem obvious. Sewing gets me out of whatever thought trap I've been stuck in.

Most days I work from home, and I've now set up a permanent sewing station in my office. On the surface it looks like a form of graduate student procrastination, but I'll argue it isn't (as long as I don't get carried away).

Since I actually wanted some clothes that fit, I appealed to a friend for help. She swept in, sorted out my fitting issues, and gave me the encouragement I needed to keep at it. I now have six collared shirts that fit exactly how I like—while I'm still at least a year from a finishing my PhD.

Next I'll embark on making pants.


Jeannette is an oceanographer, gardener, and new sewer. She lives in Victoria B.C. and blogs at http://jeannettebedard.com/ 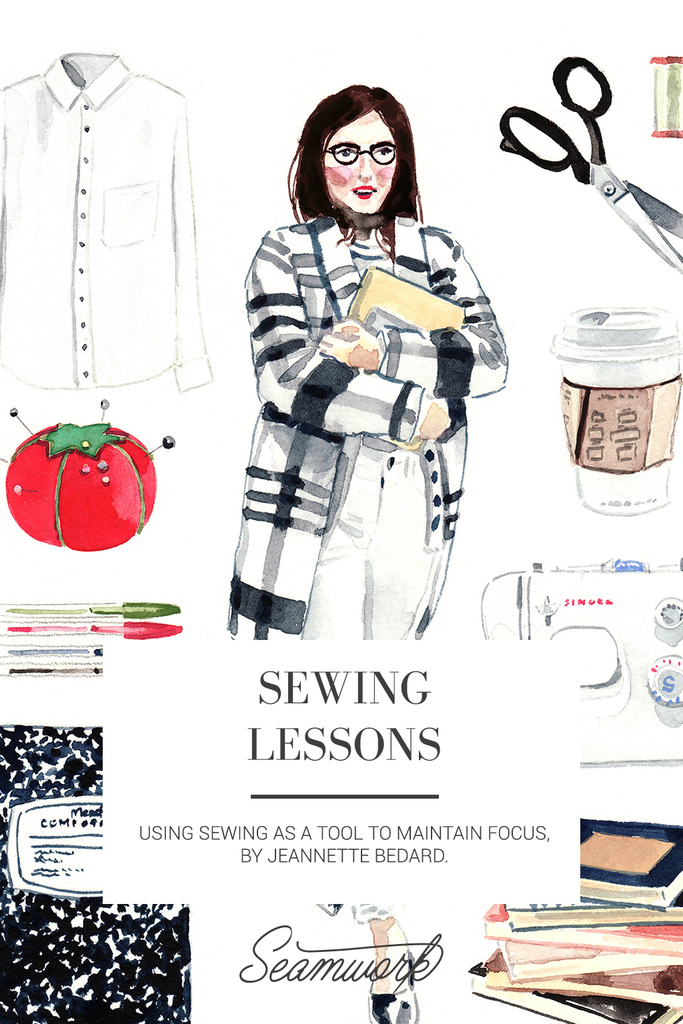