Sustainability In the Slow Fashion and Home Sewing Industry

All clothing, not just the clothing you have made yourself, is made by hand. Written by Saki Jane.

I had written the article in my head several times already while riding the train every day—a practice that I'll admit is not as efficient as just sitting down in front of a keyboard—and the article would start with this:

"I had first heard of the 1911 Triangle Shirtwaist Factory Fire when I was in the 5th grade. By that time, I had been sewing as a hobby with my mother for nearly five years." 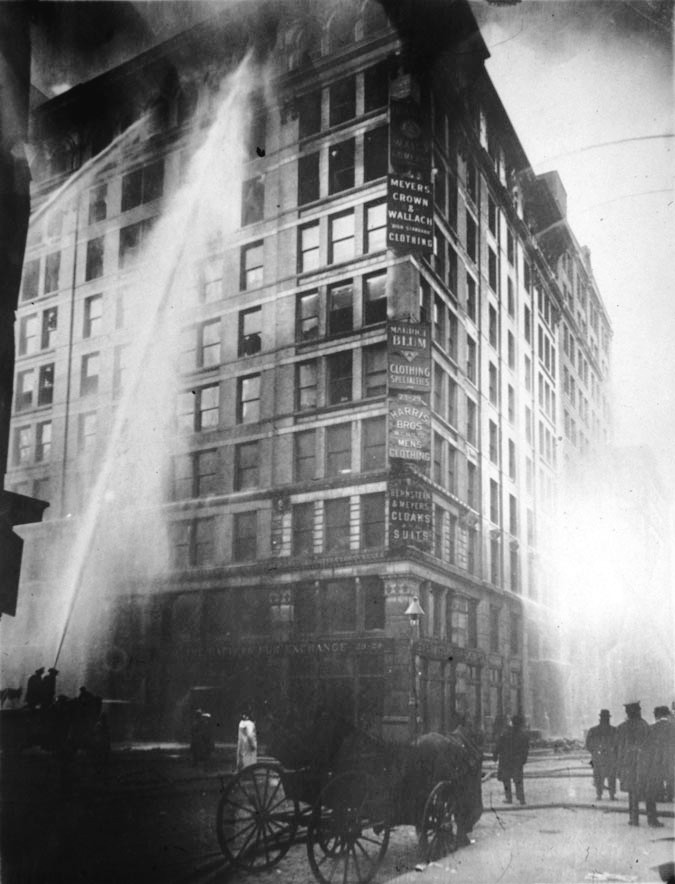 The Triangle Shirtwaist Factory Fire on March 25, 1911. Via wikipedia.org.

I would go on to talk about how that really hit a nerve with me, even at that young age when the terms Life, Death, and Body Count had no real meaning. But that as a child sewist, albeit one by hobby and not by trade, I felt an instant connection to these garment workers. At 14 years old, the youngest garment workers were years older than me, but I still imagined their small fingers doing the same kind of work my mother often complimented me on, the consistently tiny stitches that only a child could create.

I would not talk about how the fire started—likely an errant cigarette butt in a trash bin with two-months' worth of fabric remnants, but rumored to be arson for fraudulent insurance claims, a practice once held when a collection wasn't doing well enough commercially—and instead I would talk about the reason for the deaths. That the production floors in the factories were often locked from the outside to keep workers at work and to prevent theft, and the foreman who held the stairway door key had already escaped. That the fire started on the 8th floor, spreading to the 9th and 10th, and that the fire escape, which was hastily built only to appease city officials, collapsed under the weight of 20 victims, who fell to their deaths.

I would talk about how the Triangle Shirtwaist Factory Fire made a major impact on workers’ rights and safety in the US. That, with 146 deaths—123 of which were women—it inspired legislation for improved factory safety regulations.

But then I would tell you all about how nearly the same thing occurred on November 24, 2012, in Bangladesh, just over 100 years later, where 117 people were confirmed dead and over 200 injured, in a factory that lacked adequate emergency exits that would have made it possible to escape the building. This would be named the 2012 Dhaka Fire. 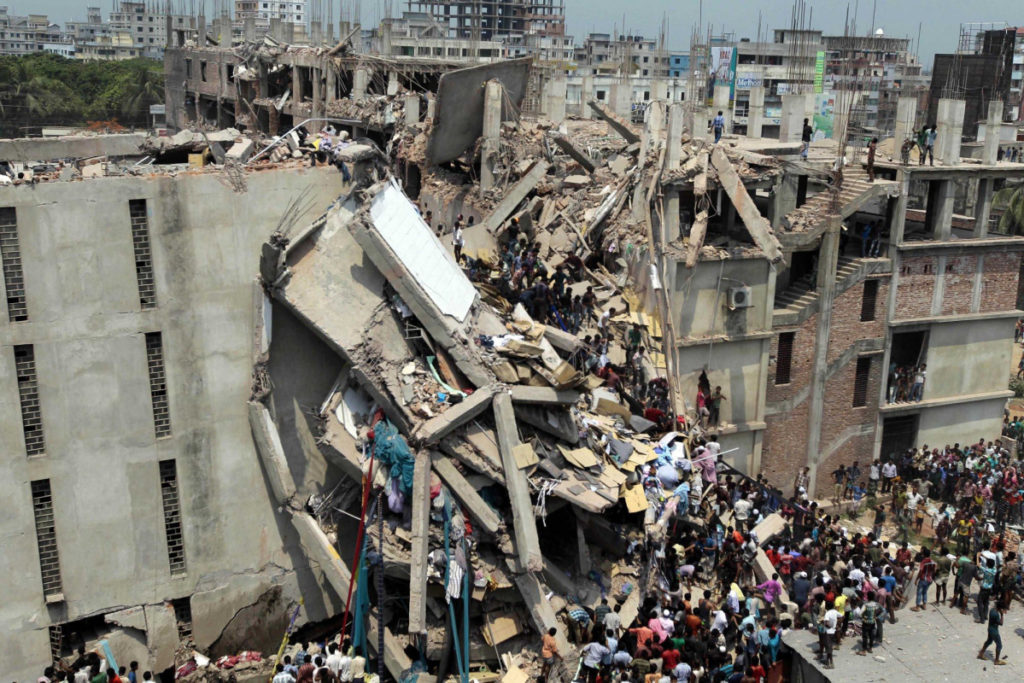 And then there was the Rana Plaza collapse in Bangladesh. Cracks were discovered the day before on a garment factory building, and while the other shops that occupied the building closed down for repair and sent their employees home, the garment workers were forced to continue working. On May 13, 2013, the building collapsed, killing 1,134 humans. 1,134.

But we're not talking about the Triangle Shirtwaist Factory Fire, or the Dhaka Fire, or even the Rana Plaza Collapse right now. Because at this moment, I want to talk about the seemingly innocuous thing that happened when I turned on Grey's Anatomy. A commercial came on. 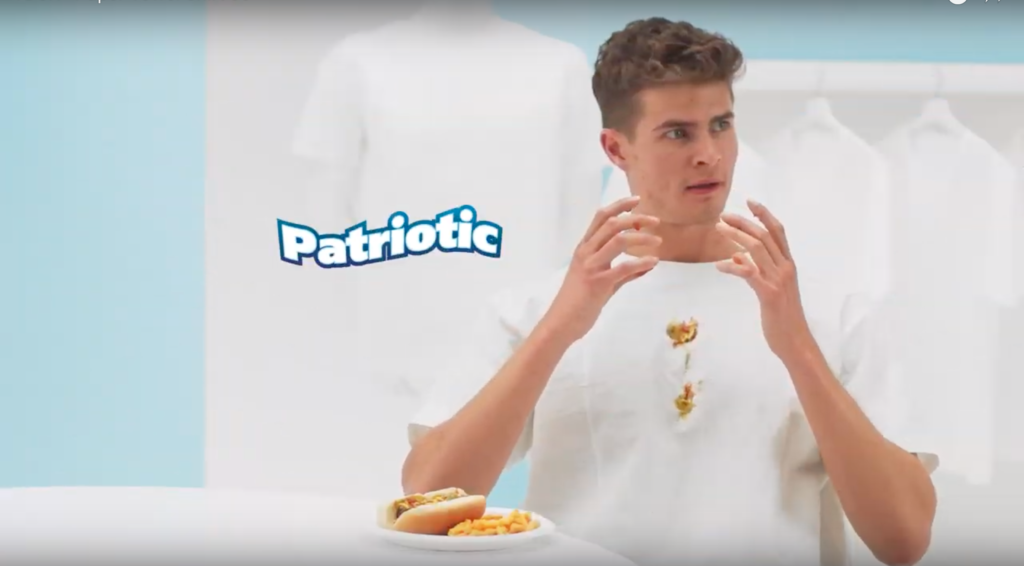 The first two-thirds of the commercial were for a fictional product called a Paper Towel Shirt. In it were a young man who had spilled food on his shirt and a woman acting as the voice of the commercial. She touted the Paper Towel Shirt as "America's first disposable shirt," telling us to "stop throwing your money away and start throwing your shirt away." She claimed it was “fashion forward, (and) patriotic," and that's when things got a little weird for me.

The spoof commercial ended with a real auto insurance commercial, but the unsettled feeling lingered. Was this really a spoof? Isn't this already how most of America—and the world—treats their clothing? Aren't our shirts already disposable?

When there's a hole in our pants, we don't mend it. When a shirt has lost a button, we throw it out. We try to pretend that donating our broken and unwanted clothing to a secondhand shop is doing the world a favor—We’re clothing the poor! We're giving our clothing a second life!—but the reality is, no one wants our used clothing. With 84% of used clothing ending up in landfills, that's 400 million pounds thrown away annually in New York City alone.

And here we come full circle. When we treat our clothing as disposable, we're treating the lives who create them as disposable, too. Especially when those who are creating them are forced to work in unsafe and frankly life-threatening situations. 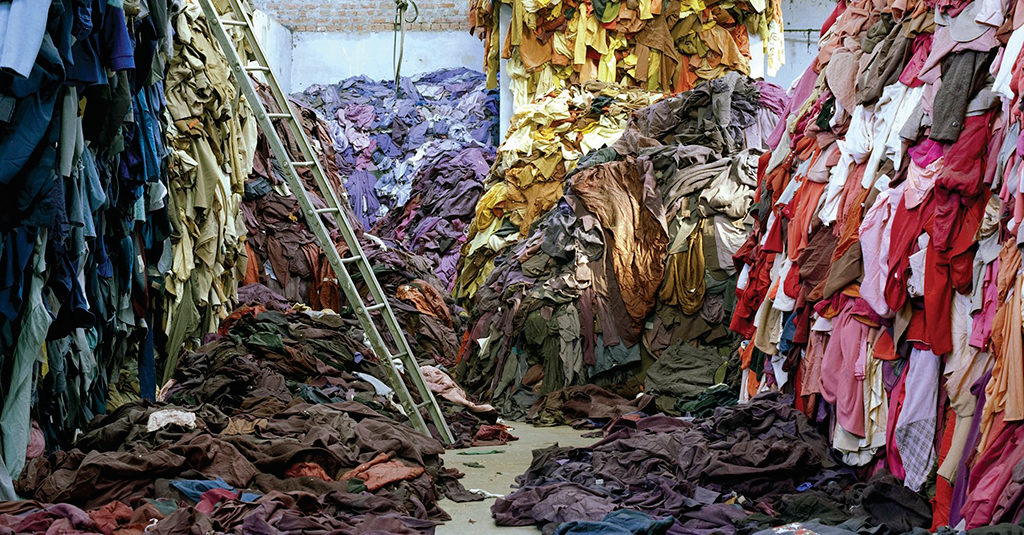 Photograph by Tim Mitchell via https://remake.world.

What can we do?

Ok, ok. We sew our own clothes, so what does all of this have to do with us? Aren't I just preaching to the choir? We don't partake in fast fashion, we make our own clothes, and we treat them with love. Perhaps this is the reason I let my procrastination run wild, because I knew that regurgitating these facts about catastrophes in fashion would be a practice in repetitiveness. You've heard all of this before, right? Further, it's not my desire to make everyone feel guilty about things we can't entirely control.

But the reality is, almost all of us are guilty of buying into harmful practices, regardless of whether it's something we like to think about.

For example, when we sew with mixed or pure synthetic fabrics (poly-cotton, microfiber, etc.), it becomes difficult to reuse or recycle the cloth, because we haven't yet found the technology to identify and separate the different substrates once they've been mixed together. And when washed in our home washing machines, these fabrics produce small fibers that enter the water stream; up to 1,900 individual fibers can be rinsed off of a single synthetic garment with every wash. In fact, some scientists say that microfibers could be the biggest contributor of pollution to our oceans.

Reduce, Reuse, Recycle. We've all had that phrase pounded into our heads since childhood, but did you know that the word order of that phrase is as important as the phrase itself?

And that rayon we love sewing with? Part of the process of creating rayon involves a chemical, Carbon Disulfide, that can cause reproductive disorders in the men and women who are regularly exposed to it. The chemical is entirely washed out before rayon becomes available as a textile to the public, but the use of the chemical in production remains. And if you think Oekotex rayon is a friendlier bet for those who produce it, think again. The Oekotex standard only refers to the chemicals present when it's made available to the public. You can rest assured that the fabric you sew with won't have any of these lingering chemicals, but it's still likely used in the production process.

So, what can we do? I know firsthand that sometimes hearing these statistics only helps in sinking our hearts and does nothing to empower our spirits. But here are a few thoughts and baby steps that can help us feel like we're moving in the right direction. 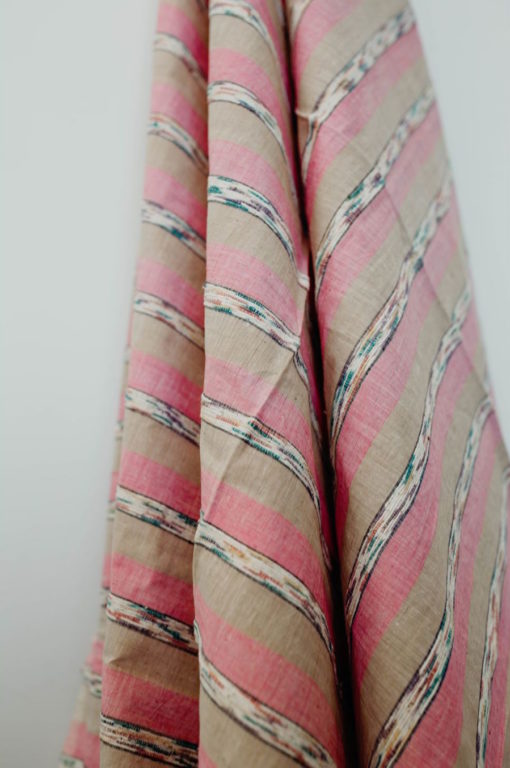 A vintage yarn-dyed cotton from A Thrifty Notion. 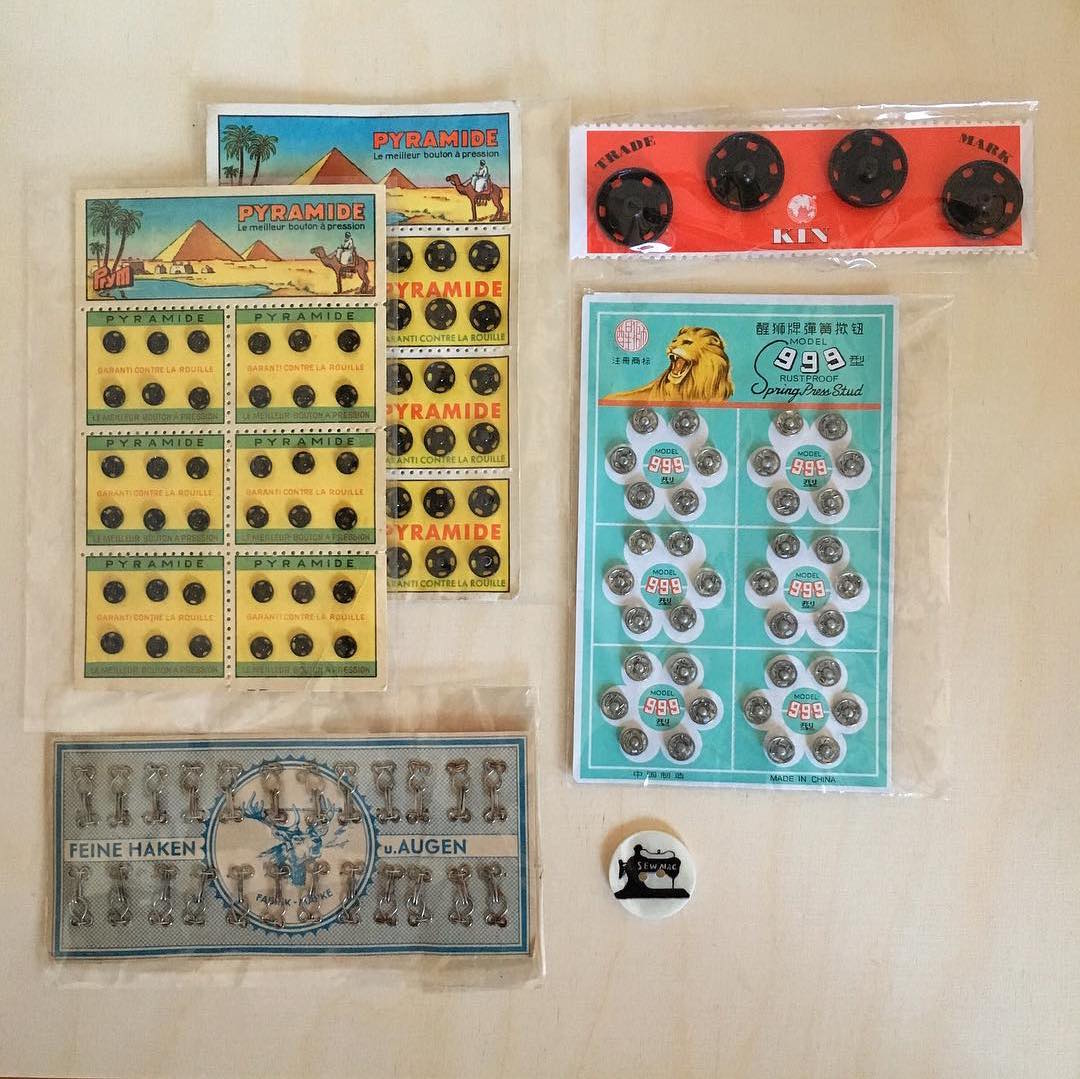 Vintage notions from my own collection. 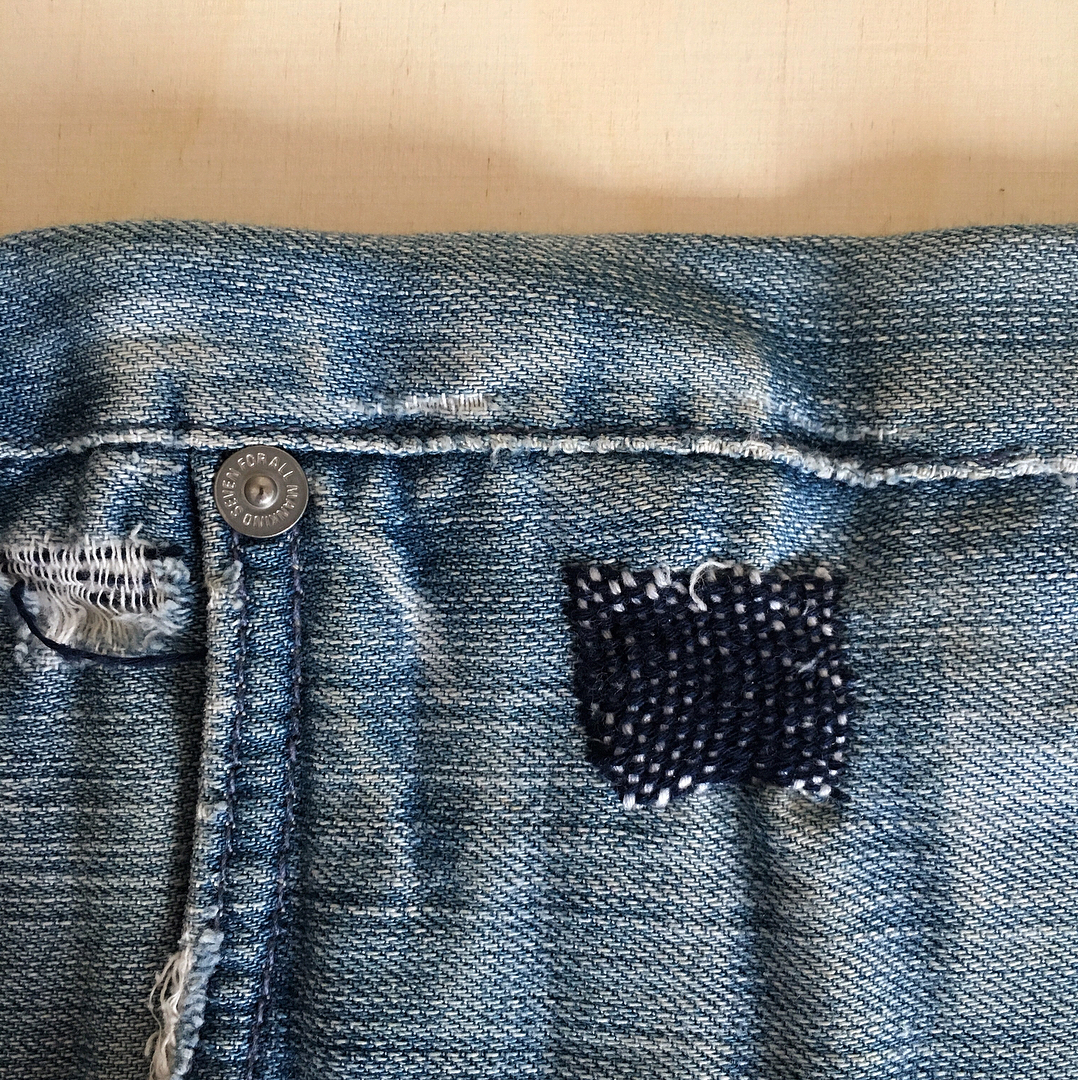 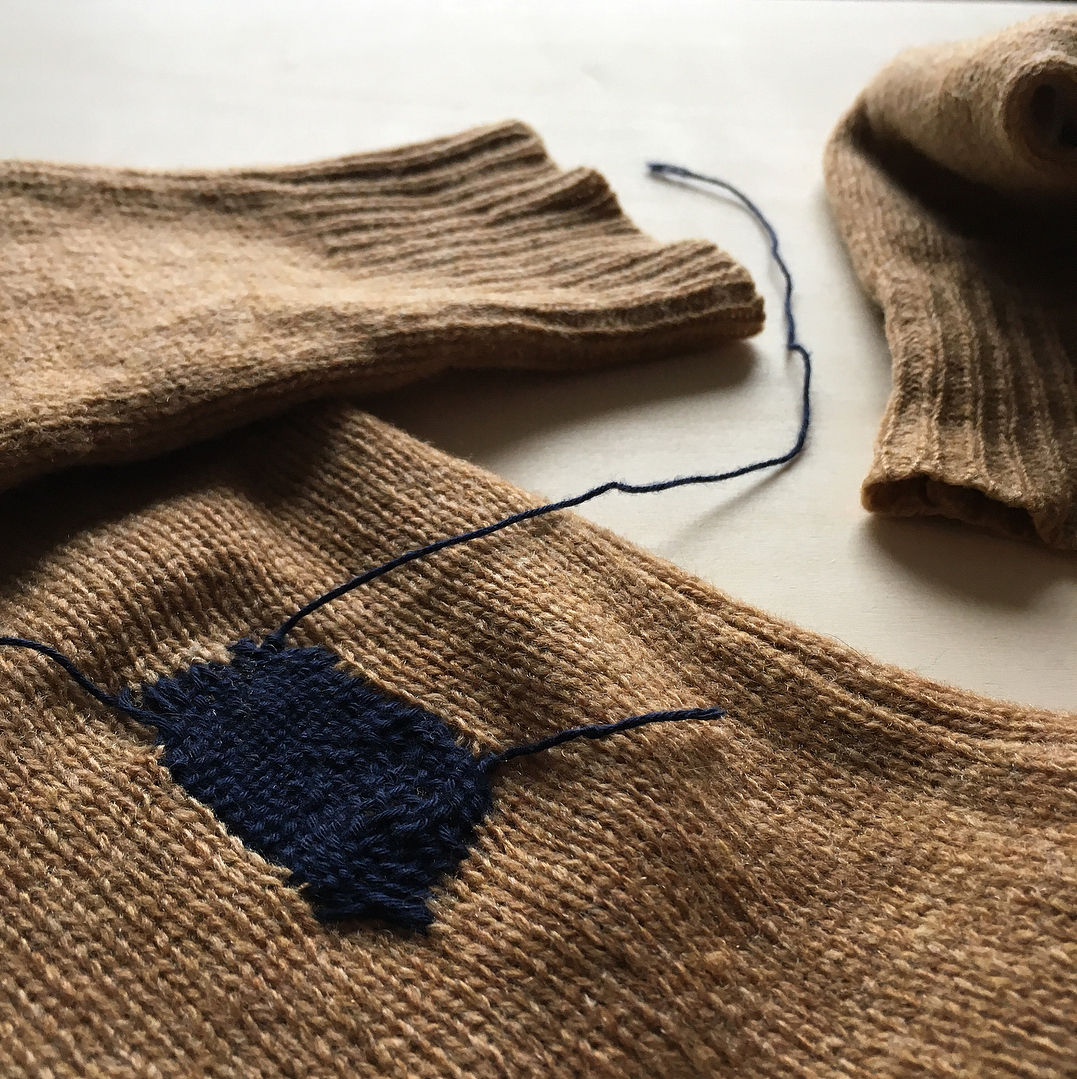 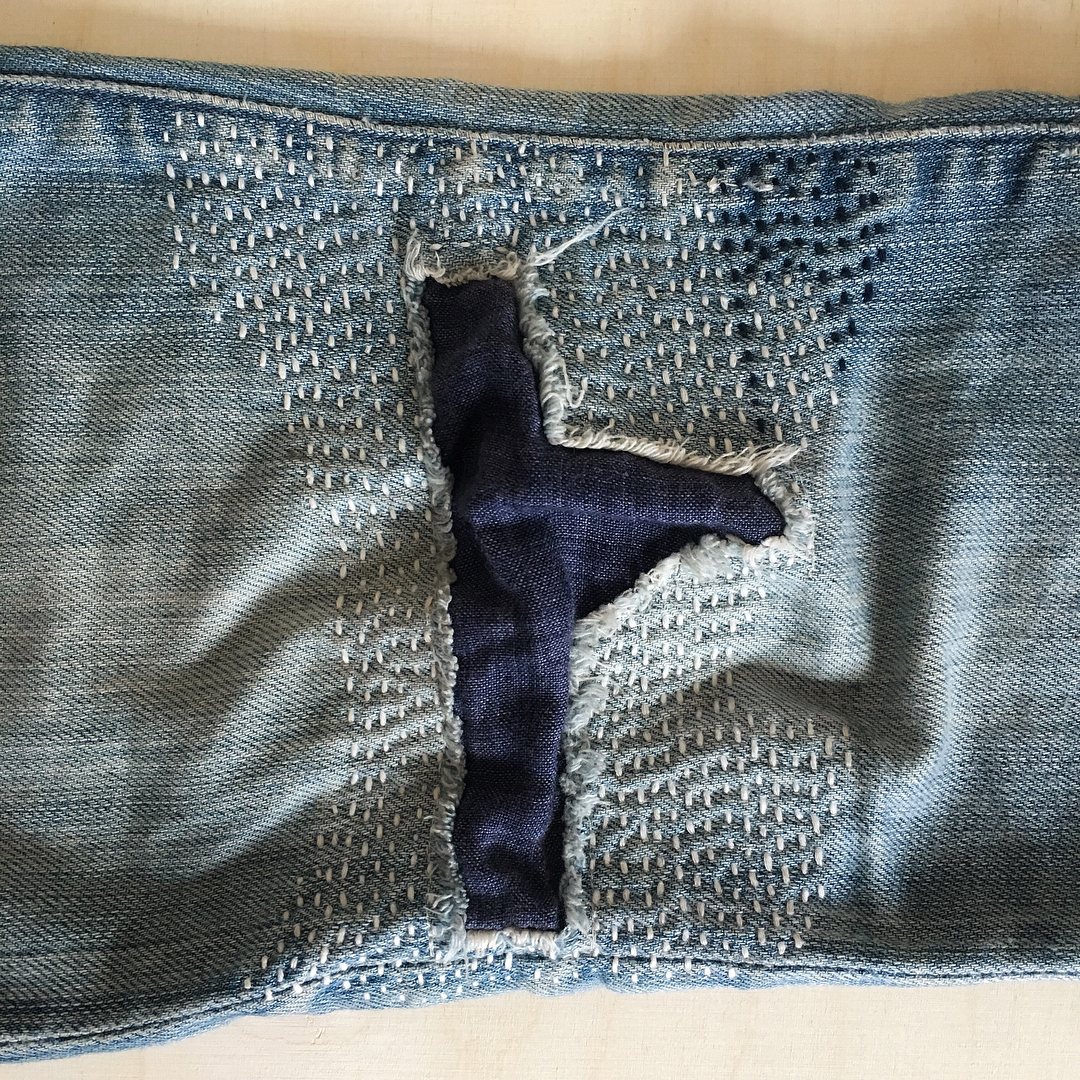 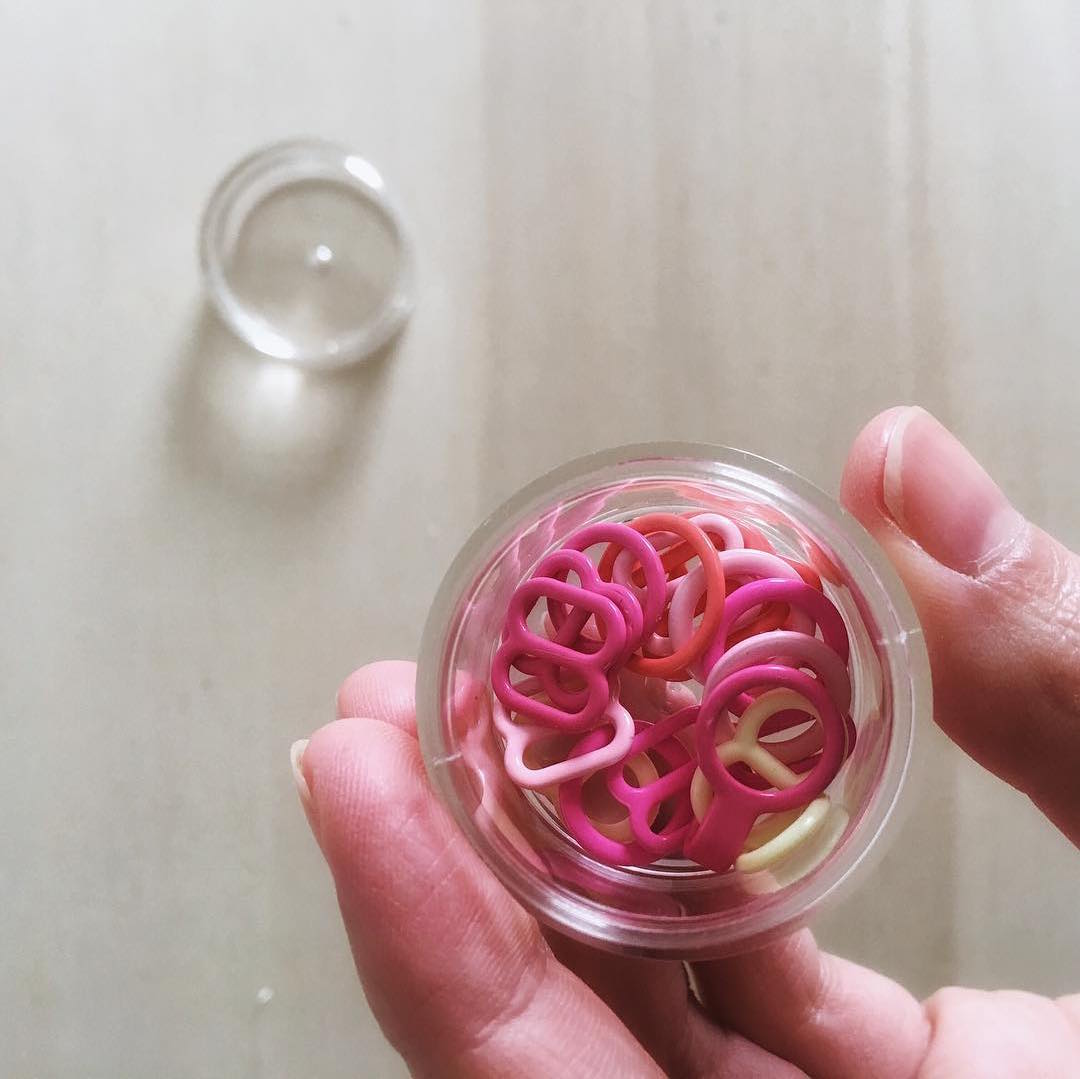 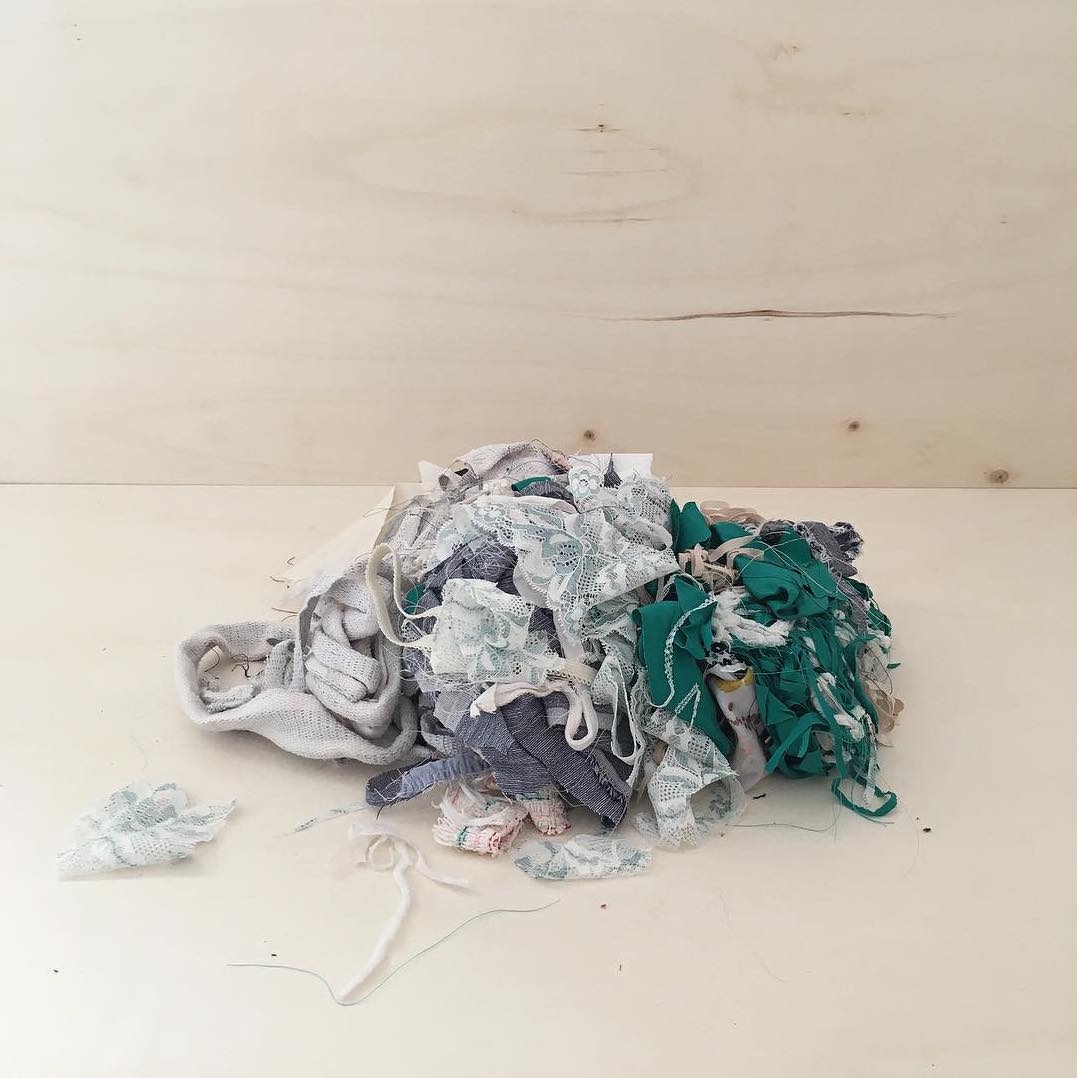 And consider that all clothing, not just the clothing you have made yourself, is made by hand. 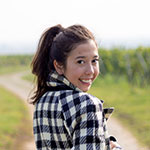 
Saki Jane has been sewing for over two decades, with a background in fashion and bridal design. Now, she finds pleasure in crafting her own wardrobe and sharing the joy of sewing with others through workshops and tutorials. You can find her work on Instagram @sakijane and at her blog at sakijane.com. 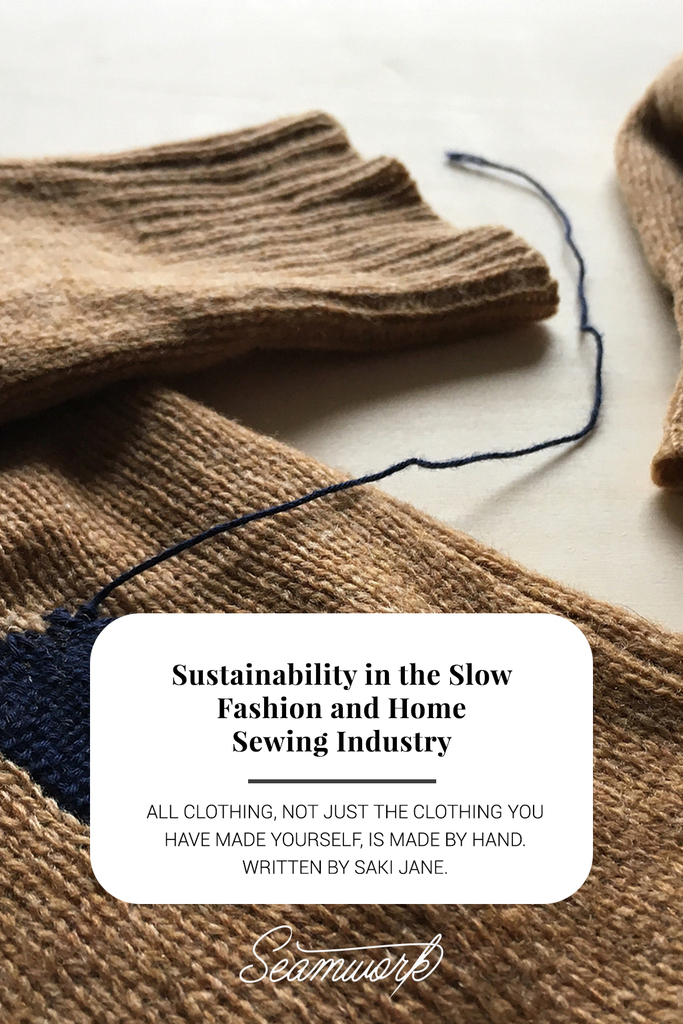