"Come on, how hard can it be?" I remember uttering these exact words while browsing a famous ethical fashion brand's online store. In search for a passion project after moving to Japan for academic reasons, I had become obsessed with waste, ethical treatment of workers, and consumerism. Watching The True Cost and reading books such as Clothing Poverty by Andrew Brooks opened my eyes to issues I was only vaguely aware of before, and it became fundamental for me to shop ethically and little. My meager grad student salary, on the other hand, had other ideas, mostly focusing on "little to not at all."

Browsing through the loose silhouettes of elasticated pants and dropped-shoulder tops in earthy colors, I became more and more convinced that I could do it too, just all in black. After all, I was famous among my friends for taking up a variety of hobbies which had nothing to do with one another—or with science, my day job—from leatherworking to molecular cuisine. What was one more hobby? In addition, almost the entirety of my family worked in the wool industry, and most, including my father, were unafraid in front of the sewing machine.

As it turned out, I was in for a surprise. Before I knew it, my apartment floor was covered in scraps of every natural fiber known to man, all in the inevitable shades of black, and before I could even finish my first zippered pouch, I was completely hooked.

I fast outgrew the simple machine I'd purchased and added a serger to the mix. To everybody's astonishment, I became very serious about my craft: my academic tendencies manifesting themselves in sewing, too, as I started researching and accumulating books, from tailoring to drafting to even fashion sketching. I may have overcompensated a bit, as I was filled with regret for not taking advantage of the skills many of my family members had while I was at least in the same continent.

It soon became clear to me that sewing was a totalizing hobby, with different skillsets developing different areas of your brain...

It soon became clear to me that sewing was a totalizing hobby, with different skillsets developing different areas of your brain (speaking like a true neuroscientist here!): pattern drafting, fashion sketching, fitting, and machine and couture sewing are all skills which engage us differently, but all are related to that one thing you are planning to wear…eventually.

To be completely honest, the primary reason I was so keen to learn pattern drafting was that for almost one year since I started sewing, I didn't even know you could purchase patterns online, in PDF! I had acquired a couple of Japanese sewing books, both of the Pattern Magic series (I know, not exactly beginner friendly!), and I vaguely remembered my grandparents telling me that back in their day, you'd go to the seamstress to have a "Chanel suit" or a "Dior coat" from the licensed patterns, but that was it. 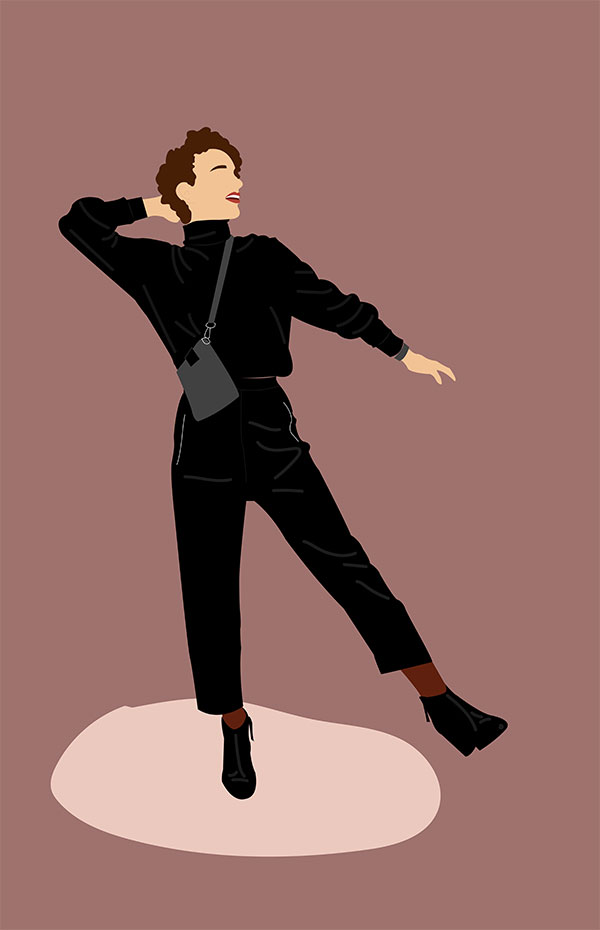 I had no idea commercial patterns were still a thing, and so I started drafting my own, with varying results. Developing basic pattern drafting abilities was revolutionary for me, and thanks to that, I finally had the opportunity to dress according to my style and vision, and not what I found available in stores—as well as the opportunity to occasionally prick my bottom with a pin hidden in my chair…ouch!

Before venturing into the sewing sphere, I'd no idea about my measurements, and I confess that the first time I took them I was a bit concerned about what I would find at the other end of the measuring tape. As somebody who has struggled with body dysmorphia for all her life, I was convinced those numbers would hold some judgment on my persona, instead of looking at them for what they were: just numbers, representing only a small portion of my being, and zero percent of my personality. This understanding has greatly empowered me and improved my self-perception dramatically. I now find absurd the thought that until a few years ago, I would accept like gospel the notion that, as somebody with an hourglass figure, I should wear this or that style. I can now wear what I want, and make it fit me flawlessly. Take that, shame-prone RTW!

Sewing being sort of a solitary endeavor, I became very keen on connecting with fellow sewists. But, having moved to Japan without speaking the language, in the beginning, I figured I could connect with other sewists online. This was indeed shocking to me, as I am a very analog person; I still write letters, using snail mail. The idea that Instagram, an app that I'd somewhat neglected, was so central to the sewing community worldwide seemed astonishing at the time. On the other hand, this approach proved to be incredible for my creative juices: the inspiration was endless. I admired makers from other corners of the world and their bold use of color and patterns, unseen where I grew up, a place where the most daring color combination would be navy with beige. A quick hashtag search also made it clear that Japan, too, had a vibrant and quirky sewing sphere, which I was eager to join. This was achieved not without hilarity. First of all, in my quest to reduce the footprint of my sewing practice, I was adamant that I'd buy only from local retailers and fabrics made in Japan. This meant visiting the famed "Fabric Town" in Nippori, a district of Tokyo, where, in a chaotic mix of bolts, cutouts, rolling carts, and screaming people—only a minority of them being children—I tried with my, at the time, very limited Japanese to ask for advice while looking for the same fabrics I was seeing makers in other countries use (silk noil, I'm talking to you), unsuccessfully most times.

The sheer amount of fabrics available was indeed overwhelming, but via trial and error I always managed to find what I was looking for. If you are visiting Nippori, fear not: even the most popular stores are very well organized, with different sections, or even floors, dedicated to different fabrics, and everything, from fabric type to content to manufacturer, is written down. Somehow, in my naiveté, I'd assumed that sewing terms would be the same all over the world, just translated in the local language…wrong! Even among European languages, we can't seem to make up our minds: French seams are called English seams in Italian and French, and where does "paramontatura" even come from—yes, that is indeed the Italian for "facing."

On the other hand, I really have to thank sewing for forcing me to improve my Japanese. Because I strongly believe in integrating myself in the local community, I started looking for sewing groups in my area, which has forced me to speak Japanese. This was very important to me, and not just because I strive to be a somewhat competent part of society. What's more, I'm as susceptible as anyone to the beauty of Japanese sewing books—oh, those clean lines! Those loose yet polished silhouettes!

The human aspect is one of the best things in the sewing community, and I'm grateful that this hobby has given me the opportunity to meet a lot of interesting people I would not have had the chance to meet otherwise.

Despite my fear, the Japanese sewing community has been more than welcoming to me, and the exchange of sensibilities enriching for both parties. I'm deeply grateful that I've been able to learn more about my new home via my creative hobby. I've also loved connecting with sewists visiting Japan. The human aspect is one of the best things in the sewing community, and I'm grateful that this hobby has given me the opportunity to meet a lot of interesting people I would not have had the chance to meet otherwise.

So if you ever end up in Tokyo, hit me up!

Overall, this love affair with sewing has deeply enriched my life and helped me overcome hurdles. It is much more than just a creative hobby, much more than making pretty things: it's also a tool to get to know yourself better and access a community of like-minded people everywhere you go. Without sewing, my closet would be emptier, and so would be my heart. 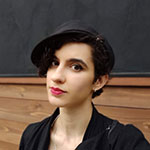 
When they are not busy in the lab, Emilia enjoys spreading the love of sewing with everyone around them. As a strong believer in the statement, "you can make that!", they are always looking for more things to DIY. You can find them on their blog.