This is the final part of Emilia’s three-part series: Degendering Fashion. After coming out as non-binary, Emilia now works to educate others on the impact that binary language has on fashion and home sewing.

Can we remove gender markers from clothing? Do we have to continue to use womenswear and menswear? In part one of the Degendering Fashion series, we talked about the terminology around sex, gender, and presentation—the nomenclature of gendered fashion. We learned that sex refers to the biological sex of a person, and gender is the construct that includes roles, relations, and dress. On the other hand, presentation deals with how a person expresses their gender, influenced by factors such as style preferences and personal safety.

In the second part of this series, I provided a historical view on how the gender binary has become so entrenched in many Western societies, and some first steps we could take to make fashion and sewing more inclusive. Gendered distinction in clothing is cultural. It can cause harm to some people and limit the freedom of others, so can we imagine a world where this distinction does not exist? I proposed removing the gender markers from clothing, substituting them with descriptive terms that indicate precisely the type of clothing we are talking about.

These, however, are my opinions. I don’t have all the answers, and I am also curious to hear other perspectives. This month, I sat down virtually with a few fellow trans people to discuss what more can be done to empower folks without negating someone’s love for bust darts.

This is Not Just Semantics

As I spoke with other people, what struck me is that—from the beginning—we all considered how the vocabulary used to name people who sew is fundamentally not inclusive. There is “seamstress,” which implies woman, and “tailor,” referring not only to a man but to a man trained in a subset of sewing skills. The need for a universally accepted term encompassing all humans making clothing—which is inclusive yet also usable—is palpable. For example, we could adopt terms such as sewist, which doesn’t imply any gender, just as the term “quilter” doesn’t.

Gendered language in sewing is not just an issue of semantics. Reading such terminology can be triggering for many trans people already experiencing dysphoria, who feel they are not included in the conversation. Edward, a transmasculine (this term is self-identified and means people who were assigned female at birth whose gender falls in the masculine range) person I met on Instagram, said, “for a community that tries to push inclusivity and individualism, it seems to only apply to women.” He is totally right. “Ideally,” he continues, “sewing would allow me to create clothing that fits, which can be a struggle for trans folks.” Edward points out that most of the language used in the sewing community is strongly gendered and catered towards women. I can personally relate to his struggle very well. Using patterns with women-oriented language induces dysphoria. It’s not like I don’t want to sew high-waisted trousers with curved hip lines. The point is I don’t need to be a woman to prefer these styles. 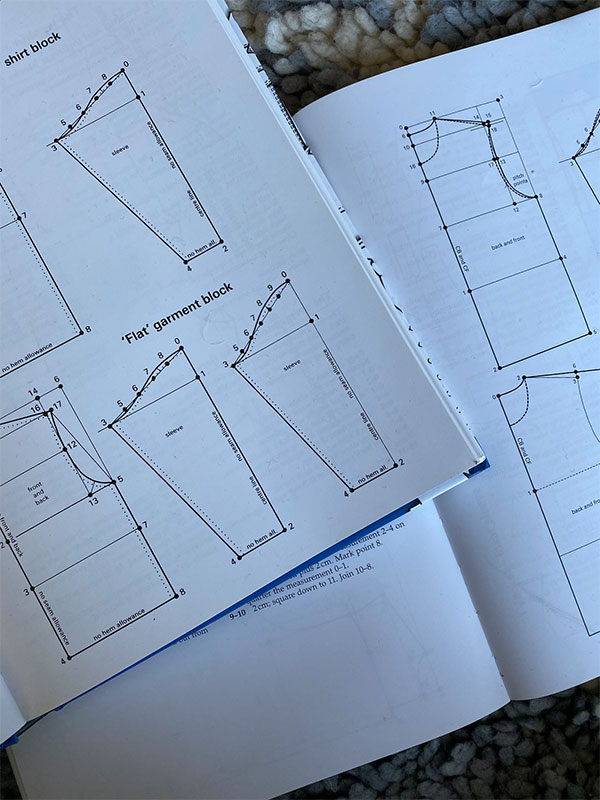 Andie, a plus-sized nonbinary disabled sewist, and manager of the Instagram account @chronicallysewn, stressed how the sewing world still has a long way to go when it comes to recognizing the trans community at large: for example, they pointed out that not all people who want to wear dresses have busts and not all people with busts are women. “Clothing is gender neutral,” they say. “I wish pattern companies would stop naming their patterns after women for ‘women’s patterns’ and men for ‘men’s patterns.’ It’s not necessary.” 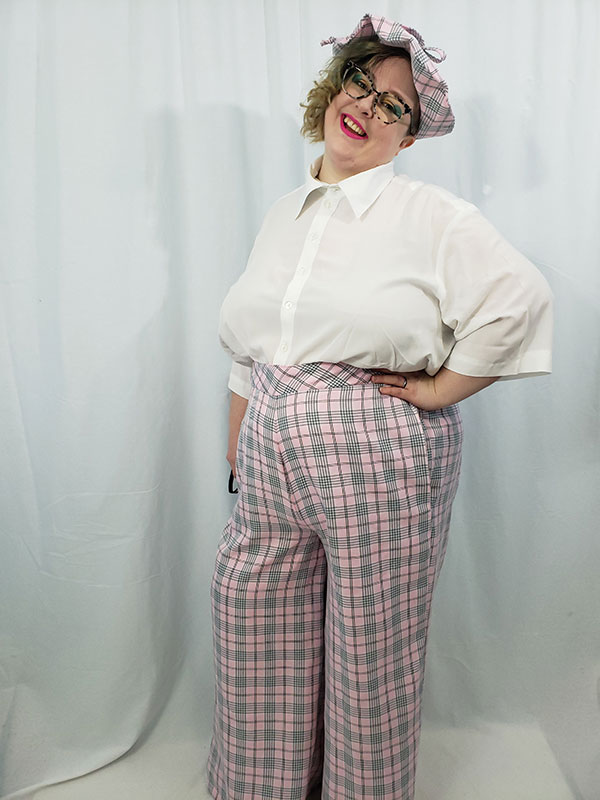 Of course, this doesn’t mean that the solution for degendering fashion will be painless and straightforward. My friend Julian, a trans man, drag performer, and cosplayer based in Tokyo, Japan, points out that trans men like him experience euphoria when wearing “men’s” clothes and being read as men. However, he also recognizes that this is not the case for all, and gender identity and presentation issues would be less important if gender didn’t matter as much in society. Because society wants to put us in boxes based on certain concepts, he continues, he chooses to lean towards the style that best aligns with his vision of himself.

In a sense, this is already what people do when they select clothing styles among competing trends. Julian said that calling a style masculine or feminine doesn’t have to be related to gender, but rather with the garment’s cut. Styles of clothing with “harder lines” could be associated with a more masculine presentation, but not necessarily with manhood itself. This would be a good way to move to descriptive labeling instead of gender-based labeling—a first step for degendering fashion.

We could start degendering fashion by teaching pattern cutting with descriptive labels and not gender-based labels. This would change the nomenclature at the beginning of the garment’s design. In my sewing library, I have one book for menswear and another book for womenswear. If I look at the Aldrich “basic flat block” in each book, they look almost identical. Yet, if I want to make a straight-cut blazer, why do I need to look at the men’s book to do it—and then go back to the womenswear book to account for breast tissue and somehow invent a way to create the cut without obvious shaping? 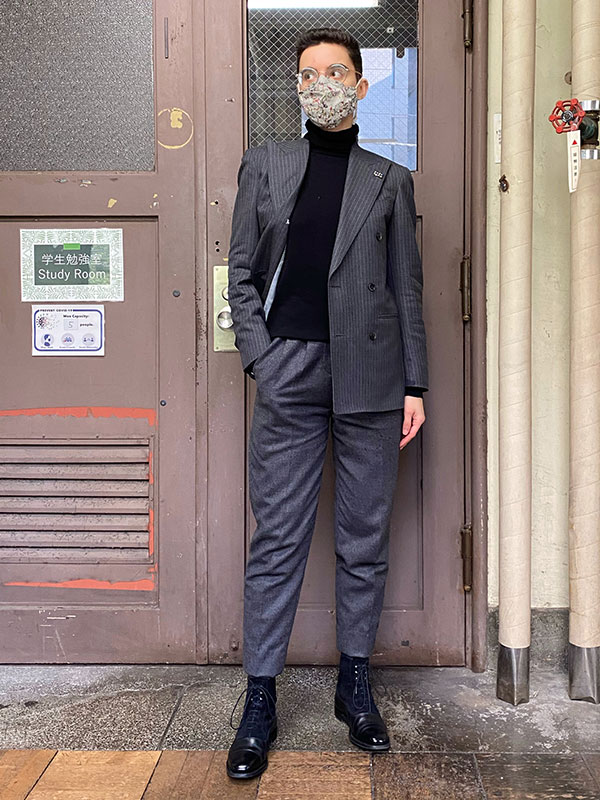 Image my own: Self drafted blazer, old turtleneck, and flannel McCall’s 7726. 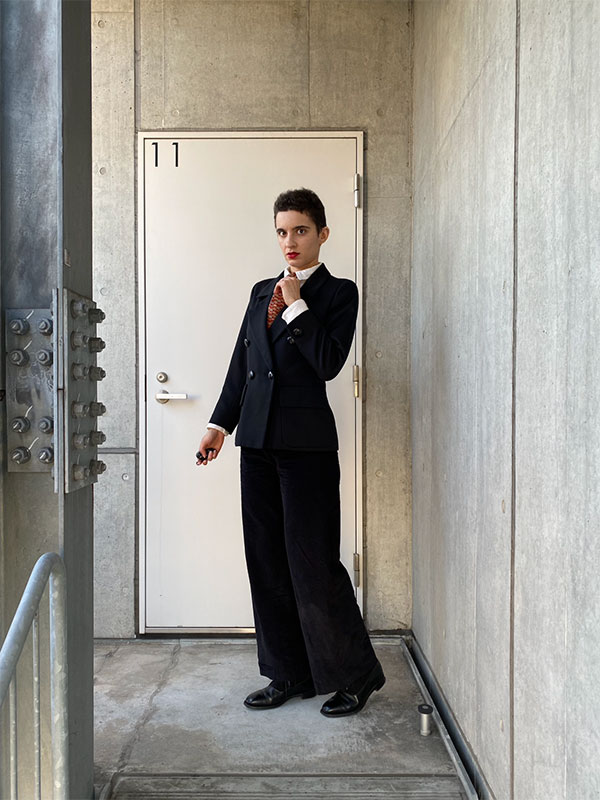 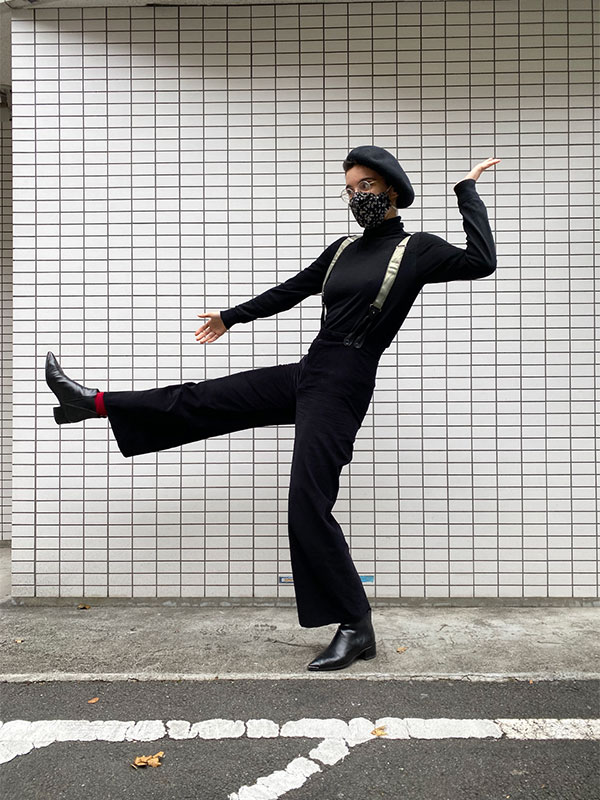 Instead, we could unify the two books, including all the adjustments required for different body types, in a single manual without the gendered connotation. Blocks are the building block of the pattern—why gender them? Wouldn’t it be better for everyone to feature non-gendered patterns on models with different bodies and sexes—as has been done with plus-size inclusivity—to show the versatility and possibility to adapt the pattern to fit each person?

The issue of gendered language and fashion is far from resolved. While we have made lots of progress so far, we still lack inclusive and usable nomenclature. Many of us haven’t considered that clothing does not need to be gendered from the beginning. As a community of people who sew, we can start using descriptive terms in pattern-cutting and pattern language to allow people to adapt styles to fit their individual bodies.

A special thanks to Julian @panpanicked, Andie @sewprettyinpink, and Edward @empathetic_vibrations for their kind help and generous time.

As sewists, we interact with clothing in a different way than people who do not make their own clothes. We’re familiar with garment terminology, construction, and fit. If you are new to the idea of degendering fashion, start by getting familiar with the nomenclature and connecting to community-based resources. To learn more about the history and impact of gendered language in clothing, here is some additional reading. As you read more about this topic, take time to reflect, sit with the ideas, and connect to different makers in the sewing community to learn more. 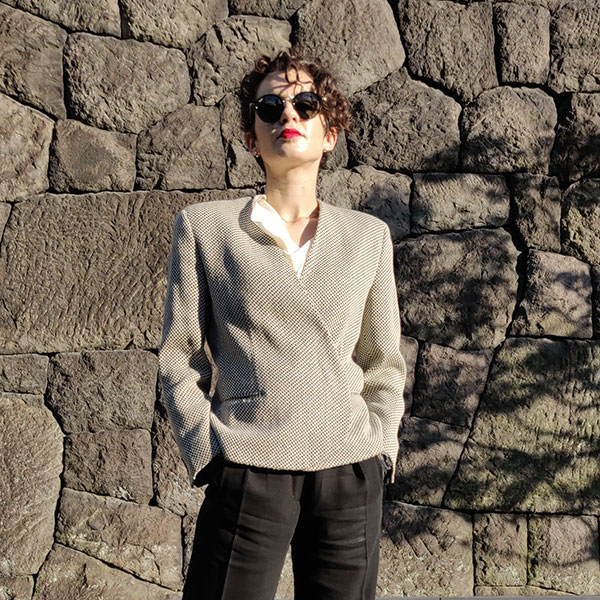 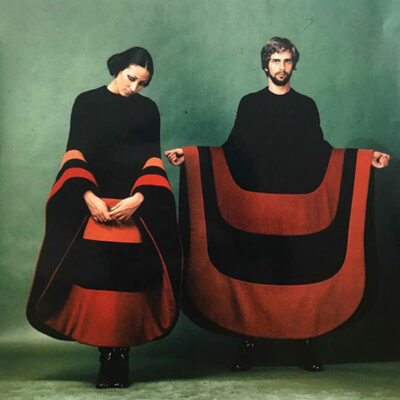 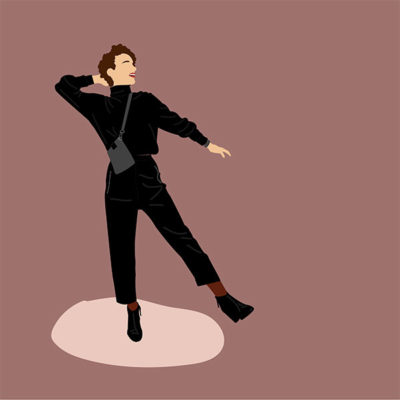 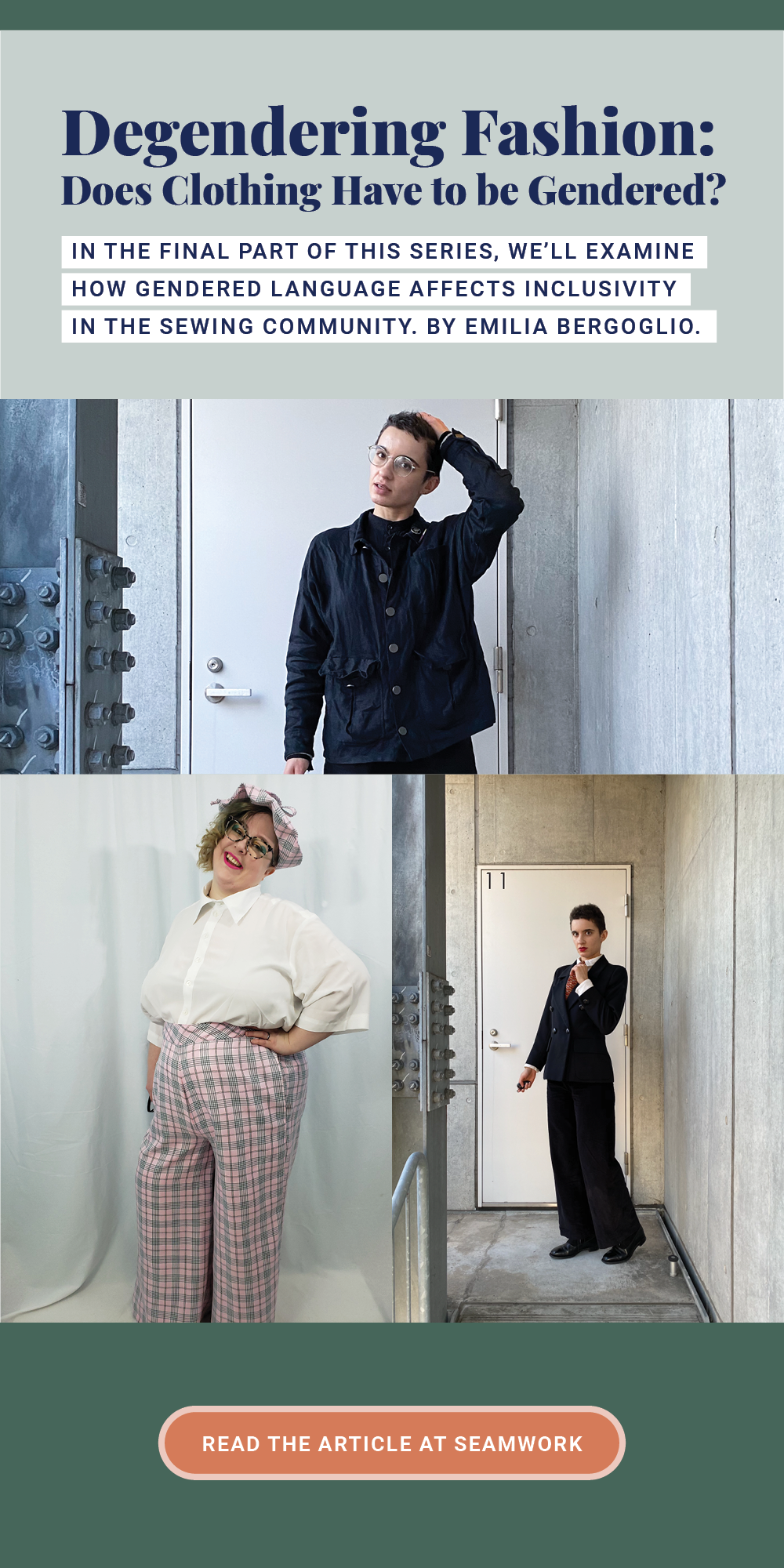