Over the holidays, I found myself in the place I loathe to go to most—the mall. While wondering which way to go in the maze that is the department store, I found myself face to face with the most darling dress of my dreams! Of course, this dress is a Michael Kors dress and priced way higher than I like to spend on my clothes.

In the last year, I’ve made some amazing strides in making most of the clothing I own, which is such an accomplished and proud feeling. I think sewists can agree—making something for yourself is always more satisfying than just buying something. Of course, we all have those moments of weakness, and sometimes it’s hard to pass on a charming garment in favor of making it sometime, someday. However, as we say here at Seamwork—sewing gives you superpowers! I decided to make my own version of the dress that’s won my heart.

I used the York blouse—which is available to download for free—since it’s woven and features a keyhole.

“As we say here at Seamwork—sewing gives you superpowers! I decided to make my own version of the dress that’s won my heart.”

Design-wise, I decided to do a half-sleeve length with a ruffle, rather than the full-length sleeve with elastic gathering. I also decided to skip the bias tie from the original design for York, since I felt it would be a bit too busy with all the ruffles and the belt. I did a button and loop instead, just like the inspiration dress.

Here’s the run-down of what I did pattern-wise:

I had a hard time finding a fabric that was reminiscent of the purple velvet burnout used in the Michael Kors dress, but I did find a maroon burnout that seemed close enough at our local Mill End fabric store. There wasn’t much left on the bolt, so I had to be pretty careful with my layout. I also got some very lightweight black lining to use as underlining.

York has lots of hacking potential! Here are some other ideas for hacking York:

Want to read more about my York project? There’s a new projects feature on the Seamwork community, where you can share pictures and details about your finished projects, hacks, refashions, or any other sewing project. Here’s a link to my York project on the community!

When she isn’t pattern hacking, Chelsea is drawing step-by-step pattern instructions in Illustrator. As the Technical Illustrator here at Seamwork, she loves to make our instructions easy to follow and fun to read. 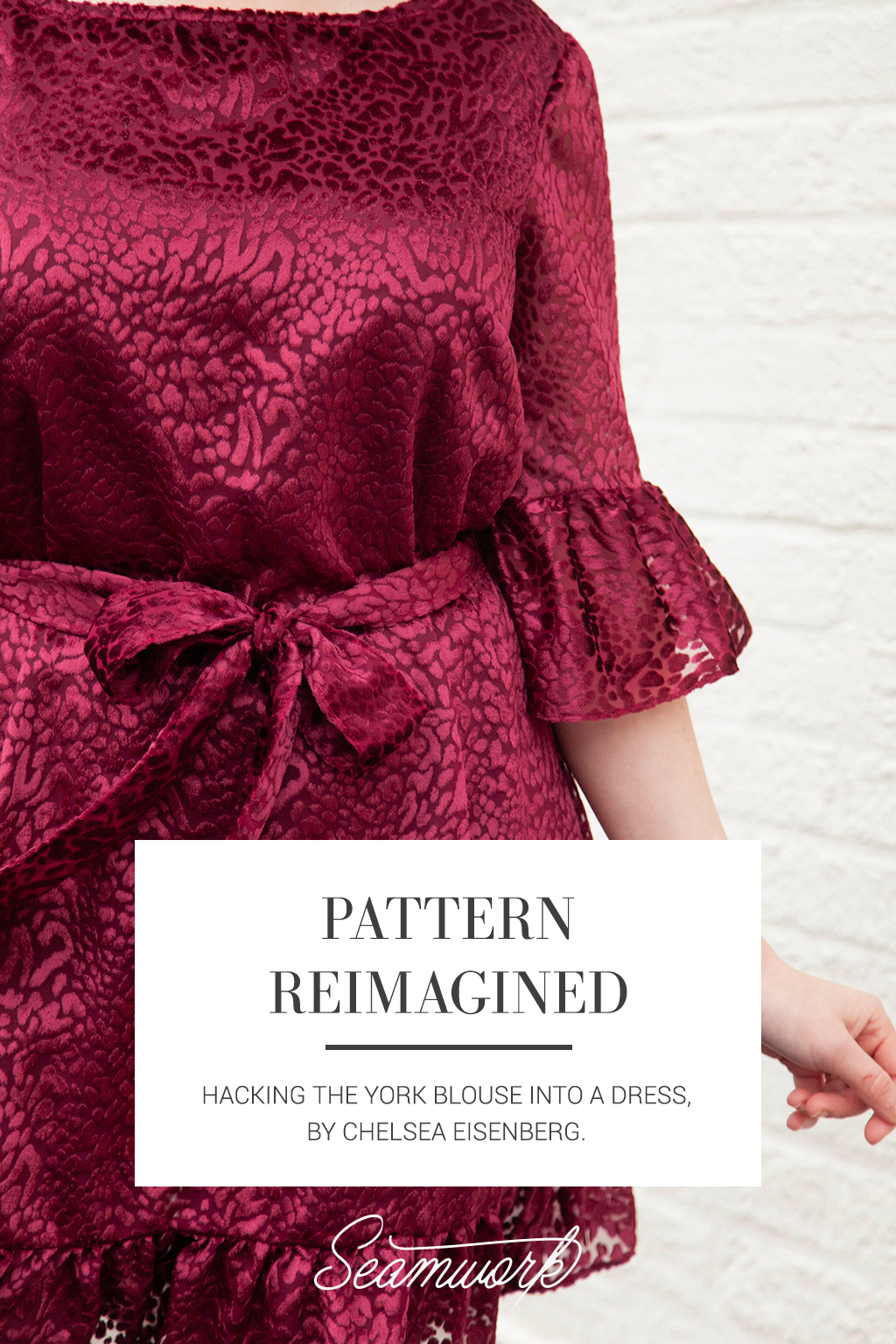